Gaming and how kids play

In the chapter of how kids play, I learned that my son (currently 8) has a long way to go before he can play along with other kids in the kind of structure of an TRPG.

This reworks my entire mental narrative of how we learned to game as a kid. The reason why my younger brother at 7 was able to play TRPGs was that I was 11 and younger kids would adopt the maturity of the kids they would be more around.

It also sets the expectations that in the "Median" 50% of kids would be more likely to be able to grasp TRPG play at 11+ and up. Any earlier or later would have contributing factors.

So until my son is 11 I'll be rolling that Roll d20 against DC10 every year, or every time I get a chance to be able to offer him the opportunity to play. 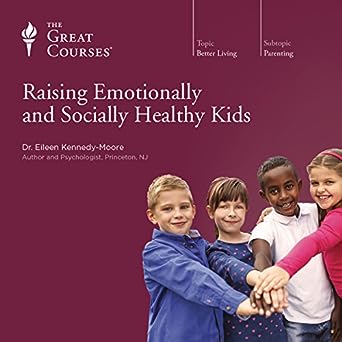 Lately, we've been playing Minecraft together via home ubuntu server. Wondering what would allow him to immerse in a storytelling. Its strange that he would listen to all these YouTubers and when it's his dad, me, can't have the patience for my storytelling and cringes when I emulate the YouTubers.

There was a part of the lecture that talks about gently exerting dominance during play, which I dont understand how (because this was mentioned off-hand, and there was a not a full lecture of how parent dominance dynamics works). Maybe raising him I never did this appropriately and thus created this circumstance whereas the dad I'm the "old uncool guy" against the YouTubers that populate his mental stage.

With my 3 year old, I got to see the very big difference in developmental stages between the two. its having first hand experience with the concepts of the lecture. Which definitely would have been different if I never had the first-hand experience. A concept explained and how it manifests has some distinct differences that the lecture doesn't really communicate because it would be endless to go into that level of detail.

How my son at 8 will progress to 11+ in a play-along would be a curious thing - I remember how I progressed to TRPG. I remember it as Wanting to play "imagination games" and wanting more structure so that the fun doesn't end with disputes or issues with other kids. The idea is "why cant we fight monsters and go on adventures" with just imagination, and immediately visualizing the places and challenges with pretend.

As GMs go, I am strong in remembering immersion details - the system the world works*. Empathy, Storytelling, Emoting, and Theatrics are my less developed areas. Those areas are more important to kids. Although even with all my Technical Storytelling practice, kids require the ability most with the natural talent exhibit - being able to catch people's attention with a "story's hook". That "unknown" posed by the first seconds of the storytellers' pitch.

When I analyze my son's youtube clickbait history its really the Minecraft game's hacks and experiments. As to making an "engineered" Hook for him, taken out of minecraft would be something I would need to figure out.

Sadly there is a risk my son will never learn the fun of TRPGS because its are really not for everyone. Its a different world as the one i grew up in, where there was very little IP to access. Now there is so much IP and some are engineered to capture his attention far better than my GMing skills can possibly reach given that its a hobby (even its a lifelong hobby).

*good for world-building and immersion.
Posted by justin aquino at 8:45 AM