If you notice the title of the Blog - Game in the Brain, then it may come to no surprise that gaming is how I process things.

I got depressed last year, I saw the futility of my circumstance, and I just wanted to quit work. Every problem was preventable, but it required me to have extraordinary authority and resources to correct. It needed me to be above a regular person in some way. As the son of the owner, I felt that I had to fix every problem. I felt guilty and frustrated in the politics and the maneuvering that I had to do.

Around that time, I was listening to the Late Ronald Siegel's The Science of Mindfulness, which was damaging my mental architecture. I was so used to multi-tasking and finding specific ways to get my dopamine hits that what the lecture was asking me was to give it up.

I had a headache after listening to the audiobook while walking to work or doing a chore. It was because it was talking about being present in the moment. The lecture sent my brain to focus on my walking or the task. But then there was a conflicting command by being engaged with the lecture.

I wrote a lot about it in my Work Blog and finally was able to process it all. To simplify Meditation is not continuous activity; the way Physical Exercise or diet is not a continuous activity. We diet and exercise at specific points of the day, but its effects are felt throughout the day.

I felt better after being able to realize the nuance of how it's supposed to work.

Ronald Siegel's lecture led me to various other realizations and awareness of my behavior—mainly how I process my experience - and why I always Game. Or why I always have "Game in the Brain".

When people think of mountains, animals, and nature to be calm, my safe and peaceful place is with friends and family gaming. I grew up with two other brothers with an hour's commute from school going home. Gaming is how we passed the time. Gaming is how we developed and became who we are. So it's natural that when I think problems at work, I believe it in terms of Game Mechanics and mental models that would be easy to run or play.

So now I'm all grown up and have work—my work beyond my capacity and temperament. I'm a bit more fragile and sensitive than most people, and can easily fold up and get frustrated. My responsibilities are difficult with its Politics and Complexity, and scarcity that so many people don't understand. It doesn't help that my first experience in management was serious hustlers, scammers, and sharks. That we had to take over of our BPO's IT around 2011. That my first boss, who was hands-on, was not who he claimed to be. That the Plant where I had been later assigned had a ton of problems that I tried to fix solo and realized I needed everyone's cooperation. Every year a new challenge and a new terrible discovery of something wrong. Things became surreal and that I needed to process it, and I stopped gaming.

I knew I had "game in the brain," but I didn't realize how much it figured into my ability to emotionally process everything I had witnessed and experienced.

It is after the Mindfulness Lecture did I realize that I do like the work: the Analysis, System Building, Consensus Making, Active Listening, and Hacking systems to work with less and fewer costs. I realized that those fears and trauma could be separated from the Good and Rewarding Work.

That Mindfulness aligned with the Gamer Mindset. That we look for Optimum strategies - not out of fear, anger, addiction to the dopamine, but because we See a System where we all affect each other, and this is how everything can be made to work.

So the strategy of escapism takes a more nuanced approach in this kind of gaming. I'm technically escaping the factors of my job - the real costs and consequences if I pursue a particular course of action. But in a game, I can have the same situation and try to act on it and deal with the unintended consequences and additional complexity. In the Game I can feel all this in a safe place and come out of it stronger or more mature.

So all the crap at work is now game material. I've accepted and acknowledge that I hate it, but usually I'd have more bad dreams about work and feel stressed about it. Now I've accepted it in a way that it doesn't bother me as much. It's hard to differentiate the nihilism of "I hate it, and it won't get better" as compared to the "I hate it, and it's ok." I think the difference is that I believe that "it will never get better" is a lie. I guess I've accepted that It can get better or worse, and no matter what, I'll be ok with that. That in all that pain, a massive chunk of it is just me magnifying it with my fears. My body can only take so much pain before any additional pain stops being sensed.

I thought this is a Game Related Post, because some people are Wired to have Game in the Brain.

Posted by justin aquino at 8:51 AM No comments: 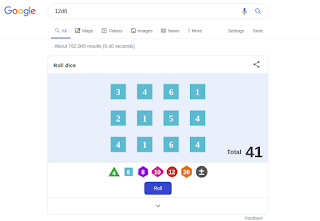 Notes:
1) Trying to keep the Motions Simple. Grabbing a fist full of 12 d6s and rolling them and sorting them.
2) Aware that with the 8-11 stat range Players will try to use up all their 4 and ups for Attributes.
3) Aware that they will use their 1s on the other "dump stats".

Posted by justin aquino at 9:00 PM No comments: