Trade off: Mneme Definitions has to be simple enough for me

Sadly I cannot simplify enough that its accurate to how professional scientists can use it, while being something I can follow. Reminds me of trying to understand Accounting during our EPRnext migration, and always breaking it down to concepts I can grasp.

When the GM or the Player arrives in a Solar System (another term that needs to be defined in a world builder) they can typically detect a number of Significant Bodies.

I'm playing with Jump Points being in the L2 of the Second Largest Body (which can be a Companion Star) in a Solar System. And when they Jump into a System they are in the relative stand still in the L2.

Most of the "Capitals" of a System are Terrestrial Worlds comparable to Earth - what in Mneme defines as a Planet. But some can be dwarf worlds the size of Earth's Moon Luna (because Moon is a category and relationship, defining natural satellites). Its possible to be a Capital on a Asteroid comparable to Ceres.

When rolling Super-Earths (planets greater than Earth in mass) this triggers a roll on a table that is limited to Asteroid, Dwarf planet, and Planet.

The Star Determines the Planetary System Roll (how many significant planets can be detected).

Scales are fucked up - When a classification (like Planet, Dwarf Planet, Asteroid etc.) has magnitudes of 1000x different from the next class my brain get confused and cannot process differences of 1000x. So I tried to round off to the closest steps.

I had to make IN-GAME terms for the sizes because I've simplified it by MASS because mass is the main driver for all of this. By this - how a Solar System is Formed and what determines planets in the Inner and Outer regions. Why Outer regions are exponentially farther out than Inner Planets.

Note that MASS is the main metric of Ships, Trade, and Delta-V. I am simplifying it in a way that I can follow the science and since I do this part-time - I have to make it easy for me and people I will have to explain to by distilling it to the main factor.

I'm considering using Heka (hundreds, E+2), Kilo (thousands, E+3), Mega (millions, E+6), Giga (Billions E+9), to scale the mass and transactions. Particularly in measuring Ships, Asteroids, Habitat, Bases and Stations. A helpful metric is remembering 1 ton of water fits in 1 cubic meter of volume, and that as densities go - it has a 1 ton/ m^3. And that scales as 1L of water is 1kg, or 1 ml of water is 1 gram. I love how metric scales easily and makes conversions easy. Especially when we scale up and scale down. Kg of micro meteors damaging kilotons of ship.  Like how cargo vessels are off in the Hundred Kilo Ton scale or Orbiters and shuttles are in the Heka to Kilo ton scale. 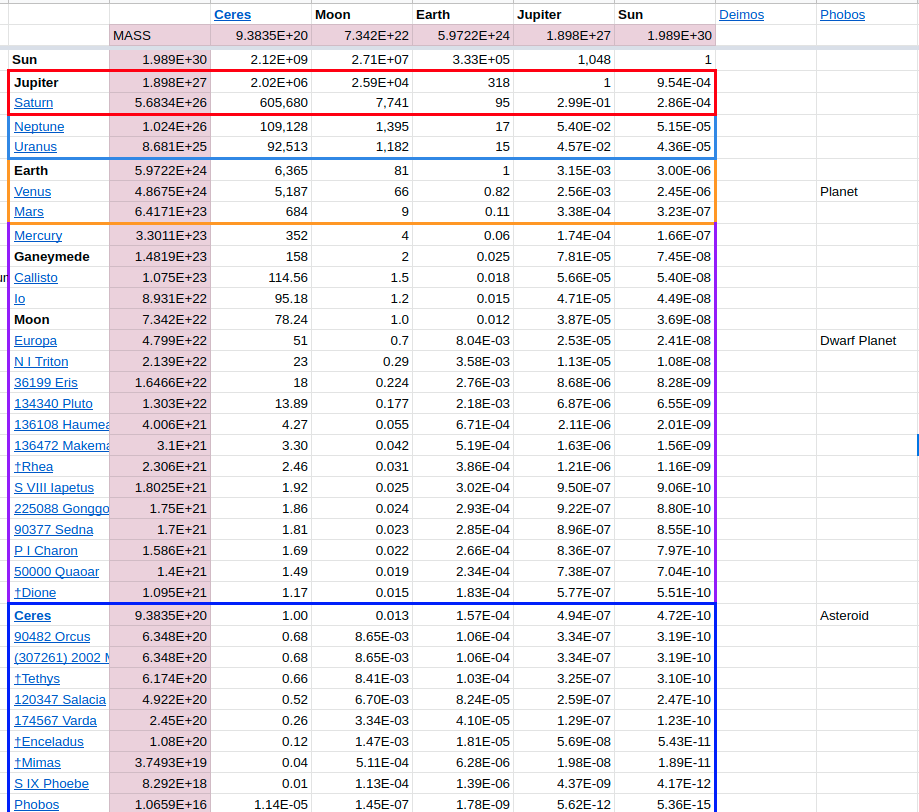 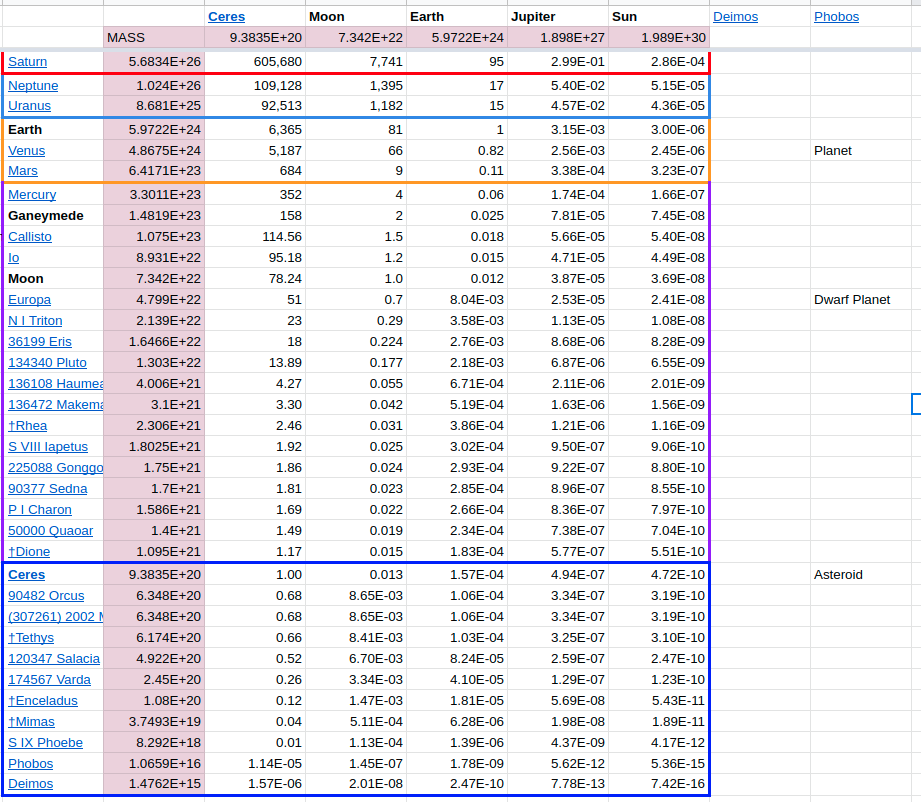 Posted by justinaquino at 10:37 PM