Female armor choices suck. after this video I had to rethink a lot of female armor even the ones found in women in reasonable armor. I'm more conscious of the sternum. If you think women have it hard, what if your ST13 character has Terry Crews pecks getting in the way of his two handed sword use. Recently the obyrn mountain fight highlights the importance of breastplate tailoring (watch it again and see how his arms move, take note of what the video below highlights). 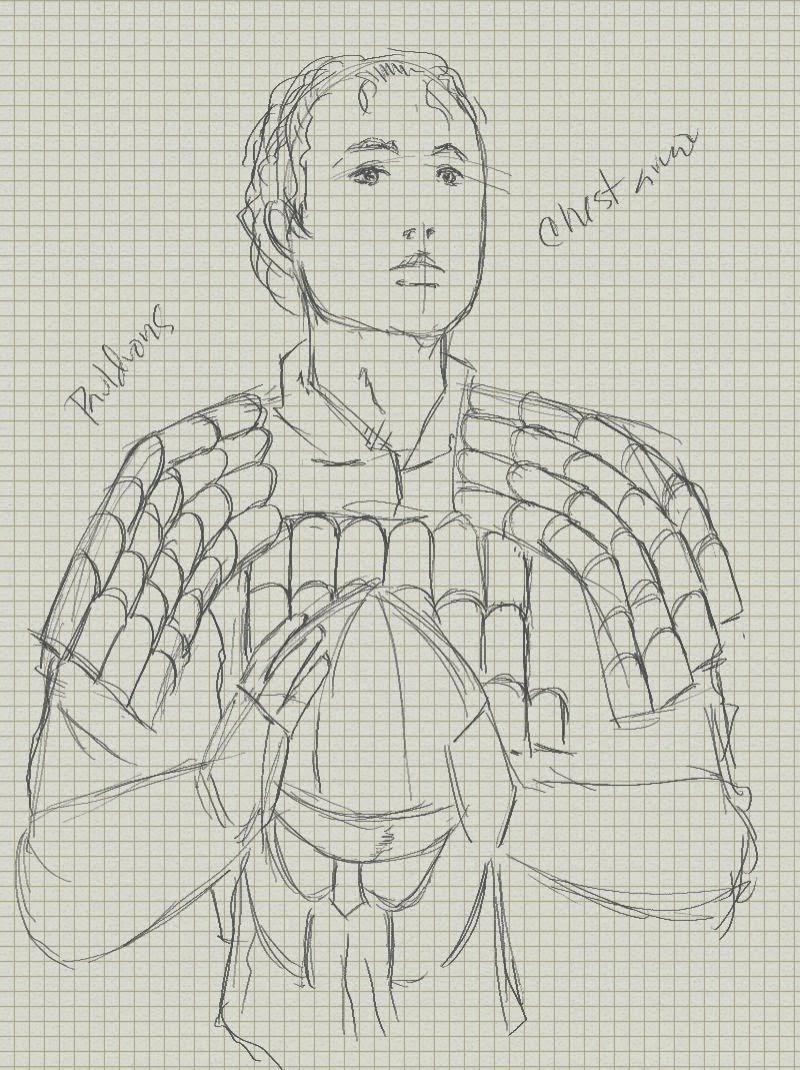 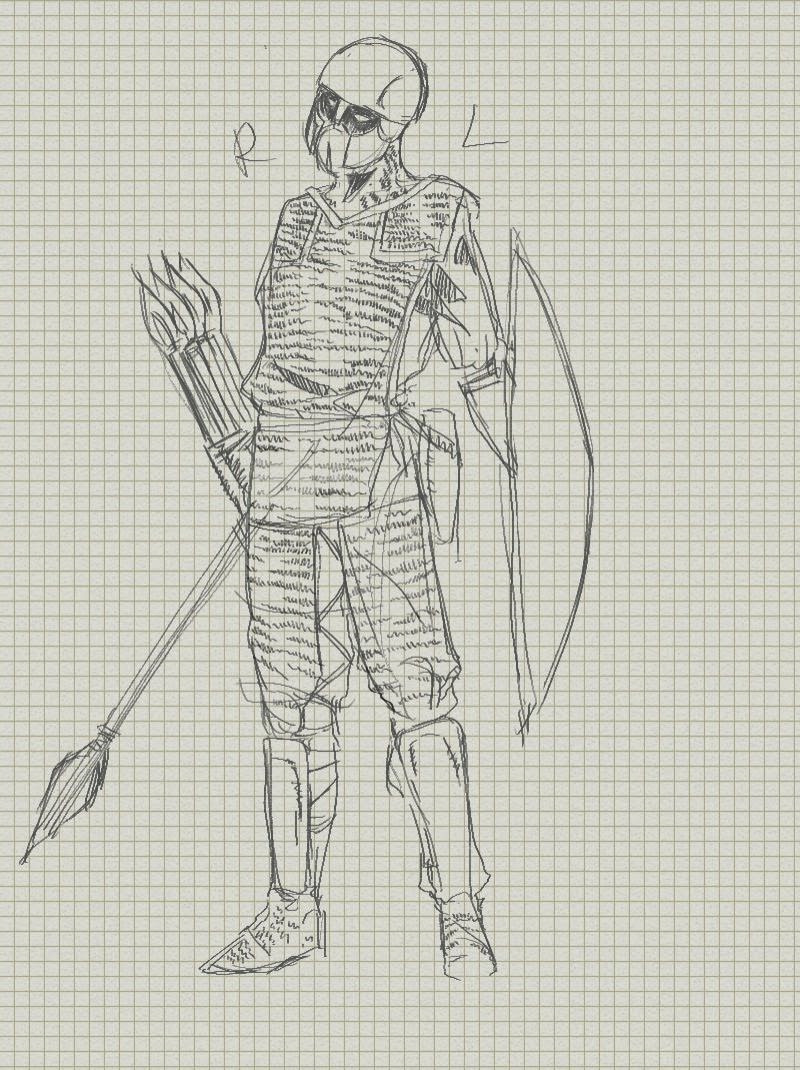 This is actually a female character, but one should not be able to tell anyway.
Her character sheet is here.

Warrior women would face a lot of trouble in a setting that takes account the same factor that have marginalized women in history. In such a setting, like Game of Thrones, having such NPCs would be rare and would require a lot of interesting things to happen. Organizationally, they have what more open and communicative culture - more organized, independent thinking, and very quick to harness its numbers and collective strength. It would require and engender very good leaders, because it will live and die by the will power of its leaders because of how easily assaulted such an organization both physically and socially. Such a group would draw a lot of Ire from the church, men, and most painfully their loved ones.

Still such a group of women adventurers in a harsher setting would be very interesting and more amazing even if their life span would be relatively short. An adventure seed is putting PCs in a tight spot if the PCs are of a goody or at least a conflicted nature. Either killing the "Witches and Whores" as many of the people would brand such women would quickly make a one sided judgement for the PCs (the GM makes everyone the PCs meet gossip and disparage, playing on the natural biases of the PCs). if the PCs happen to be Open Minded, play to the consequences of such Dangerous notions (hit the PCs where it hurts - the Pocket, they lose a deal because they are thought to be sympathizers). 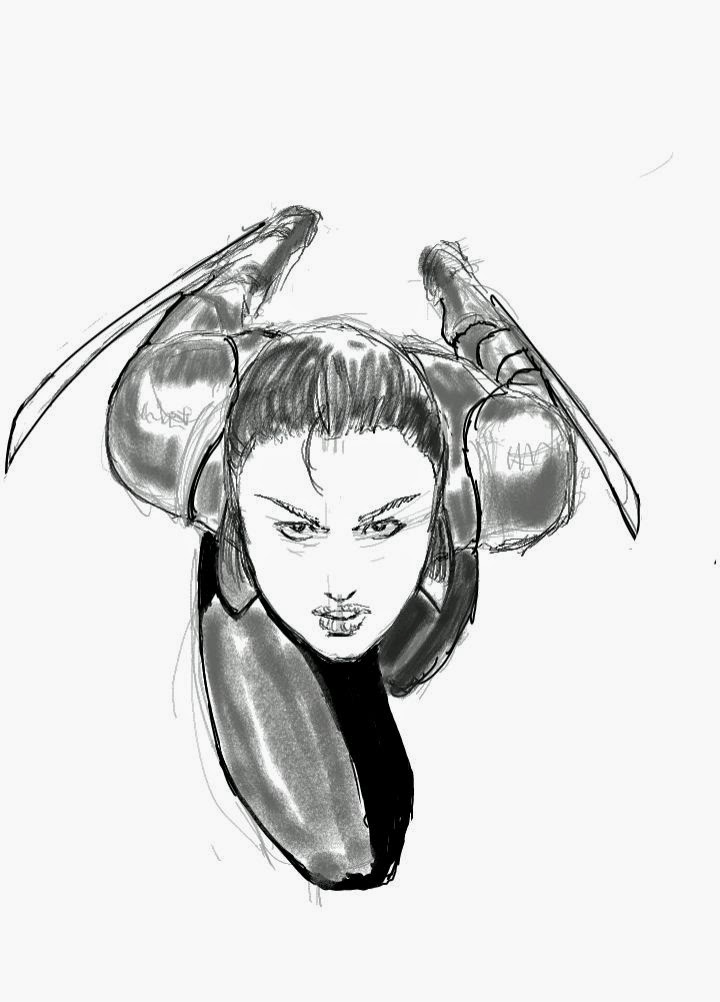 Note that its common to attribute disasters and catastrophe to women thinking for themselves and upsetting the status quo. If you think the terrible things that happen in modern times is upsetting and can turn your stomach, a GM with sense of history and horror would easily find more terrifying things color such a situation.
It would be a wonderful tragedy if the PCs would be killing them, the female warriors, only to realize they were all women (since they would be in armor) and play to the weakest (and morally corruptible of the Playe..ehem) PCs. One constant inspiration are Nuns who are constantly thrown under the bus by various popes and who fight the real internal corruption (like the sexual abuse) only to be beaten and bowed. If you want an exhilarating underdog get a bunch of sisters (nuns) and have them be under assault , burned in the stake as witches, after having saved a town - like convincing a Cathar-like town to pretend to re-converted but the cat is out of the bag because their overseeing priest sees through the rouse and some glory seeking knights have some indulgences to win by slaughtering heathens. PCs as mercenaries to kill the sword sisters and the cathar town.
Never let a good deed go unpunished.
Side Notes about Social Issues
Hopefully this is constructive enough not to count as a rant. Basically in low tech settings there is an opportunity to deal with inequality, racism, poverty and various other social and psychological concerns. Its a game, where we can be comfortable and always step out of character when some "simulated" injustices disturb us. Its part of the story to have such elements appear, as much as "evil exists" in the game.
I find it strange when "evil exists" in some social accepted form, while the past is re-envisioned with various evils removed (like when WW2 re-en-actors are not allowed to have "german soldiers" as part of the re-enactment or to downplay misogyny and intolerance in settings which match and already downplay the dehumanization). The dangers of "evil in a social accepted form" are plenty - from revisionism to creating an engine for demonization and propaganda.
What I find even more disturbing is that it ROBS (as in a violent theft) female heroes of the challenges that made their success and survival even more amazing - and it is replaced by exaggerating what the hero has accomplished to compensate (my disposition after watching too many Chinese movies with propaganda inserted and the sad state of philippine cinema lolz).
Let it turn your stomach, if you get disturbed that means your are in the right place and you are not some monster. In the game of imagined worlds it sharpens your ability to see the nuances since it places you in a "safe" place to view it and actually play out the consequences. The same reason Drama and Tragedy can be entertaining, emotional and allows us to project our own challenges in conflict in a different and comfortable form... if your up to that kind of game lolz.

Oh how rewarding it is for me when emotions get complicated in the game, and people remember that they are in a comfortable gaming environment where they can play it out with no ill consequences. In that zone, Imagination takes a life of its own and empathy channels it and allows us to predict the human consequences of various paths (for me at the least lolz).
Posted by justin aquino at 12:41 PM