How to GM Abstract Combat Part 3 - Initiative, Combat for the Non-Combat GM

Part 2 can be found here. This is Back to Basics.

Initiative is a simple matter, it is for the Player (not the PC), to act or re-act. The matter of GMing Combat for non-combat GMs or GMs who may have different values for combat as their players brings us back to being a Good Listener and having the presence of mind to act and respond to the players actions and add dramatic context.

In order to have Initiative, in real combat, one cannot wait for all the information to be in. One moves with an incomplete idea of what is happening. Most players are not really comfortable doing this (I'm not comfortable doing this!), they want to be informed, so when they ask for information - they've spent their turn observing and getting an idea what is happening. NPCs work with the same instructions, the GM typically has an objective to the NPCs and thats what he uses.

This may be upsetting to some, but consider those who jump in with barely a clue and how little they go on (and I've been sent into many scouting missions where I really have no clue what I'm doing). Typically when we know there is no other allies in the area and we "Shoot" before we even think, that gives us the fastest reaction time to a sitaution and it has been the source of both survival and friendly fire in Judgement and Decision Making Studies. This can even happen in Melee!
The next part will go into Details. 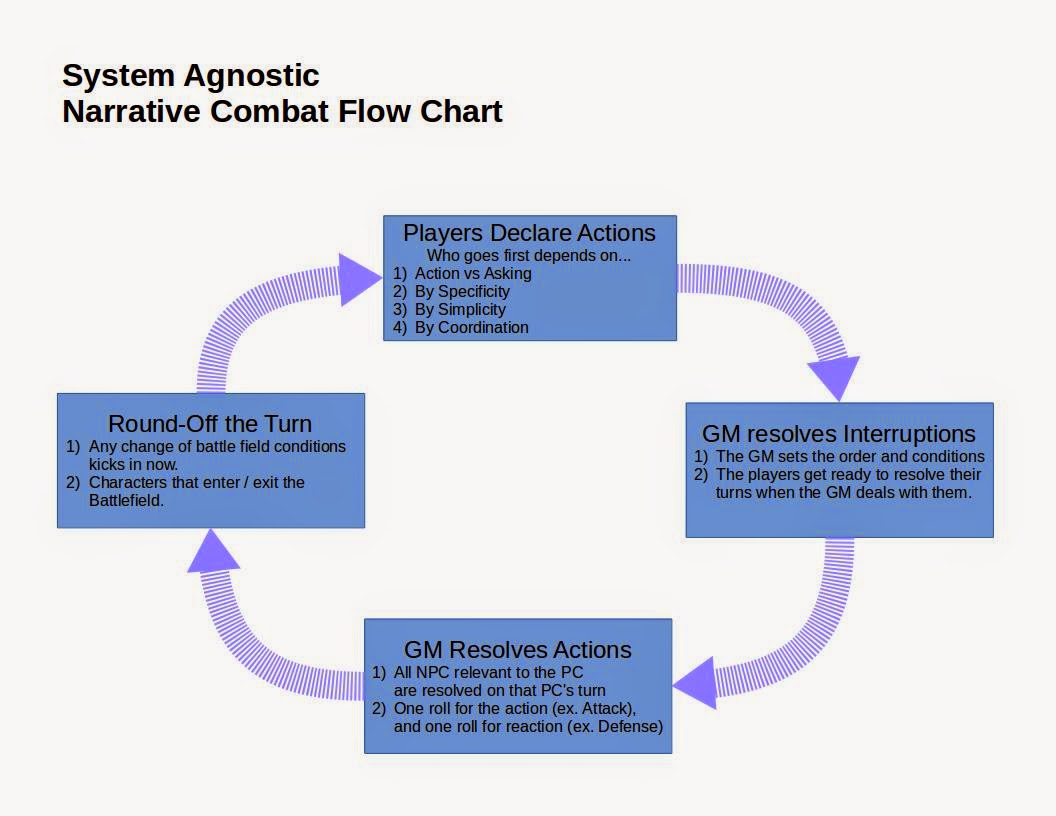 To keep it simple, consider interruptions as a Change in the Order of Initiative. Given how much faster an Action has to be in order to Interrupt another Character (PC/NPC), the GM may just call for a penalty to the roll.

The Fighter, Interrupting the Wizard, would have a penalty to the Action he plans to use. The more timing sensitive, the bigger the penalty. The consequences is that more skilled characters will try to Interrupt other Character by being able to accept penalties to their skill. This penalty should scale against the Skill of the Character they are Interrupting complicated by how many conditions and assumptions the Character is making to perform this action.

Interrupting a Wizard, where the PC needs to know which character is the Wizard, move close enough to affect that NPC, and Time the Attack will have a lot of penalties. Greater Penalties if the Wizard is more skilled than the Fighter.

Any Change in order is more penalties. The GM can just yes BUT.

GMing Combat for the Non-Combat GM

Not everyone is a Combat GM, and some GMs dont emphasize it as much as others and every GM has a different source of enjoyment from combat. I have changed a lot in this regard, I've moved away from Map to Narrative, from Complete Information to Asymmetric and I will have some discomfort playing in games which want Symmetric and Perfect information in combat. Still, we do this to have fun. That people have different values and I can adapt and get into the mindset that is fun for the group, and not just myself.

What a Non-Combat GM has to keep in mind with combat is the Audience. I would love the focus to be chaos, economies of Attention, classical combat rules of thumb, or decision making and problem solving but when we have fun we must pay attention to the players and pace them in the details and the value they place in a given Combat scene. Put it simply - We ask them to fill the scene with their character actions.

This is asking the play what his character is doing, and interpreting it with a generous amount of essential assumptions they would have factored in if they knew - and to narrate the action with these assumptions. So I ask my play what he is doing, and fill in details that highlight aspects of the character in the situation when I respond to him. Its basically Yes-And/But, I listen carefully and work with what they say, new information is worked in as the world and NPCs respond to the character's actions.

The same virtues that speeds up play, Good Faith and letting the PC factor assumptions that would be plain to them. Don't let details or challenges overwhelmed the Player and PCs, IF their characters are warriors they are performing at their strength. If there are meddling details, introduce it one at a time, dont throw a whole lot of problems per turn - it just demolishes the momentum of the Players narrative. So in reiteration, make it easy for them to respond but challenge them with one more detail that makes the situation challenging or dramatic.

Examples: stuff you may add as the turns of the combat progresses


For the Combat GM, and you are a student of Conflict and Violence then the Game is your own reward and its intellectual and physical pursuit your own nourishment. I dont need telling from me when are already fans of the subject and continue to study and explore it. All these things will seem natural, but of course we have to consider the Non-Combat or Violence people who play and accommodate their satisfaction. They should have as much fun, and  we listen and are open to how this can happen.
Posted by justin aquino at 9:00 AM

Email ThisBlogThis!Share to TwitterShare to FacebookShare to Pinterest
Labels: Any Game System, Back to Basics, GMing