I've been bothered by some Traveller Dice statistics/probabilities. Particularly Dice statistics of Autofire Rules.
I found a great Tutorial on Anydice by just googling. 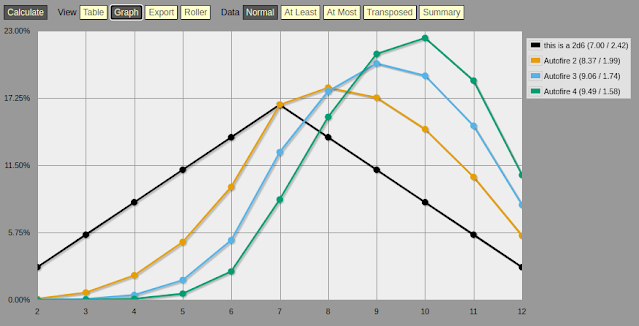 Posted by justinaquino at 9:30 PM