A significant milestone that is very visible is the Terrain Generator. This takes a Icosahedron in Blender and allows blender to make it a 3d Planet for Render OR to Bake the proceedural terrain on it and import that image into a terrain map.

The World Building Book will provide the File, Templates, and Workflow and Nicco and I will make desktop recordings of us making it for ease of follow.

The target is that it takes 5 minutes to figure it out the first time following the tutorials and <1 minute to set it to "Bake" (Generate the UV map) and a simple motion of getting the file and placing it on the Presentation Template. 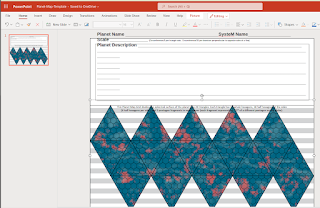 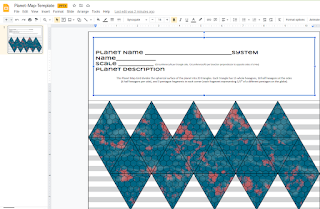 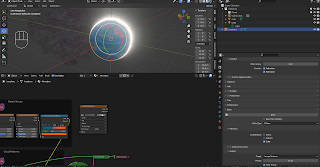 You will notice Nicco is helping me finish this even if I'm busy with a Migration of Accounting, Purchasing and Warehouse from a manual system to ERPNext (Open Source ERP). I have to rely more for him for help these days because of my duties as a Dad and Work.
Target is End of MARCH.

We will do this in Word and Google Docs.  Google docs first, then Nicco will polish it in Word. Hopefully it doesnt really distort reuploaded to Gdocs. then PDF, then I need to use the tutorial to give it a pdf outline.
Remaining Tasks. Other than the Tasks above for me what remains are the following
Final Outcome.
The book's world building is kinda more intense than the Original CE system.  People may read the Definition and may find it useful in their game. the Audience can either Go straight to the Spreadsheet and Roll for the Main World and Star and Inhabitants OR they can go straight to the Blender tools to details worlds in their game. They can also start detailing the other Planetary systems in their existing solar system.
The Gitlab/Github of the Spreadsheets and Book itself will be available to buyers. So they can modify the system as they see fit. Nicco's art there are creative commons.
I have budget for the following:
1) Nearby Stars - so basically will link to nearby space drivethru rpg and give sample stars detailed with the system. We will not provide a map so that people will buy nearby space.
2) Hex map of Earth System, Jupiter System, and Saturn System. For games that will just travel between all these. There is about 2050 to 2500AD of Sol history that happens within Sol. With Mega Structures - Kilo habitat Stations, Space Elevators and Solar Swarms (self replicating mirror satellites that manipulate gravity and solar radiation to move around and provide reflected light to either cool or heat up areas of a planet - like earth, venus, and mars. I imagine them as solar butterflies as 2-5m wing diameters weighing 70-200kg).

So this level of detail is not as Intense as the other Harder Scifi, I made it for people who are like me - slowly learning harder scifi using games. the Definitions and the formulas are great for a beginner and enthusiast. If I look at other harder scifi games its not very popular but we suffer the Chicken and the Egg problem. I believe Game Recordings, Tools to make the complexity accessible, and Summary Material are important to making this accessible.
So many things need to happen for it to succeed or to sell very well. 1) people have the availability to try this kind of game out. which is why we made it a plug-in able system. 2) one doesnt need to read a lot of wikipedia articles and all the articles studied for the game is linked in the doc. 3) The role of Maps in World Building - if the world builder needs more detailed solar system.

Limitations of the work.

1) Cant be too technically complicated because I can't handle too much complexity as a part time job and my own personal budget as a Filipino IT head doing this part time.
2) I have to abstract a lot and while science allows us to have more precision I cant afford to developers to make software from this. I probably will figure out and find Indian developers who can help make software for this but that would be YEARS off.  Example is the Hex for the Orbits.
3) How the GM prepares and organizes is up to the GM. the workflow of a GM is unique to the GM.
Posted by justinaquino at 10:07 AM

Email ThisBlogThis!Share to TwitterShare to FacebookShare to Pinterest
Labels: Writing