How do maps work in Player Decision making and immersion?

My problem of running a Hard Scifi Game is how to make the solar system relevant without overloading the Players. I don't want the players have to figure things out the PCs would know being a spacer.

If I ran a game where I present a prepared model of the solar system for the players when they JUMP into the system's largest Lagrange 1 point,

to the planet nerd it would be - "that ice giant rains diamonds... the gravity there makes hydrogen into a metal as powerful as dynamite, that planet is the safest place from a solar storm, I expect vacuum airships in that dense atmosphere world..., that world doesn't belong in this solar system (A rogue planet that is captured like Triton and some moons)"

Ive considered making the knowledge have a strong Strategic or Economic Value - "that dark side is behind the jump point, anyone jumping will detect everything in 40AU but not behind that Giant." Or an Economic advantage "There is only one place to refuel salt water nuclear fuel here at less than 1,000cr per metric ton and they hold all the cards..."

Solar System creation is Scifi Map Making. The way we learn how tectonic plates kinda work so our mountains look realistic. How forests work and what kind of areas they occupy and why they don't just take over plains and steppe.

Different players have different relationships with Maps in the TRPG. How do I make the map something they will enjoy like a Fantasy TRPG map? How do I make it spark their imagination without overloading what an enthusiast knows? Or how do I make sure my enthuziasm doesn't get in the way of the game?

TIL adding Accretion/Circumstellar Disks Aka asteroid belts breaks my PC because of the calculations involved. 😅

TIL at less 0.3 Earth Masses there is not enough gravity for hydrogen to stay put. and a gas plant bleeds hydrogen. Jupiters rocky core at 32,000km diameter 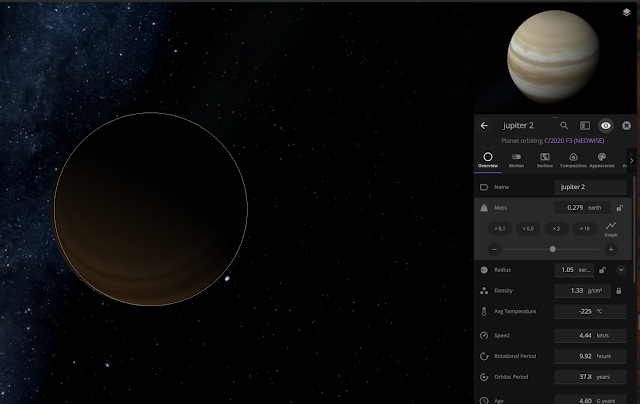 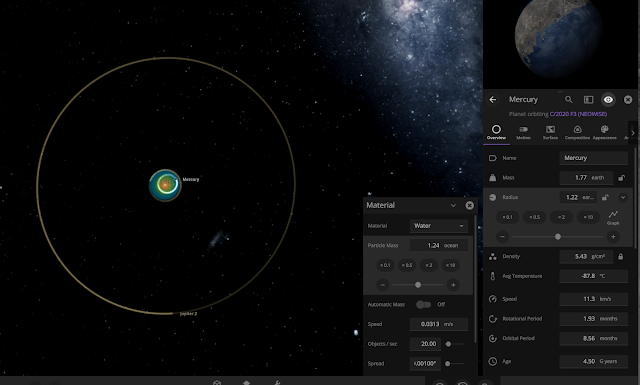 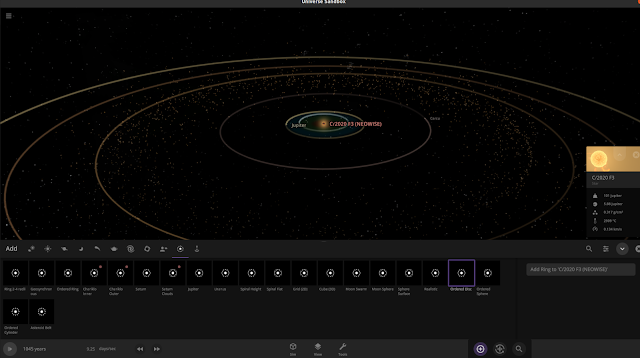 Posted by justinaquino at 9:38 PM

Email ThisBlogThis!Share to TwitterShare to FacebookShare to Pinterest
Labels: Sci-fi