GIMP Tutorials and Lessons in Game in the Brain

its been so long ago, i think I've lost many of my works to crashed computers. Unlike today where there is a cloud and sufficient space to save works in, I don't think I'll ever get those works backs. this is as much for others as for myself.

I guess its not so bad to begin again, although it does take up a chunk of time to relearn to draw. But many basics are still with me. I've given up paper and pen drawing for drawing on a graphics tablet (45php to 1 usd about $26-46USD per tablet vs the branded ones). There are many important capabilities with the trade off of dependency.

Sherlock talks about limitations of the mind, keeping the brain uncluttered. Einstein talks about needing to remember something he can look up. Tracing is a method and tool to achieve your desired results.

If you see how anatomically correct some images are, there is a good chance there was a trace. Being an artist is not a profession where they pay you extra for mastering a 3d image in your head, and Critics can be brutal. There are time constraints and dead lines.

Some artist don't trace, many pros don't trace... but their proportions are way off as part of their "aesthetic". After a while you get to notice some limitations to the patterns of the human form vs the Ideal you and your audience desires. This gets interesting where an artist compromises, or where he seeks strength. The artist who don't trace have a bit more freedom, but still are limited by the cost of honing the skill while those who trace move off to others things and accumilate a ton of reference material.

In the end, its just one of those skills that doesnt matter if you do it or don't. Its those things that mattered when I was a kid, but didn't matter anymore when I got my results.

The opportunity to experiment is crucial in artist development and something that is easier in a computer. By easier, non-cruicial actions are eliminated and more of the important exercises - stroke and control & sense of perspective and composition. So I drew a face. I can draw the body several ways and either explore each way as an exercise or choose the best for the requirement I'm given by my editor/patron.

There is some string theory elements in the "save" and experiment which is pretty cool.

The set up, have enough space for your Graphic Tablet in one hand (typically right) and your keyboard on the other (left), with a big screne +19". I have an old 2008 laptop dual core for this so its a bit slow. Gaming platforms are the best for this kind of work.

Setting up your Computer for GIMP
Pimping my GIMP 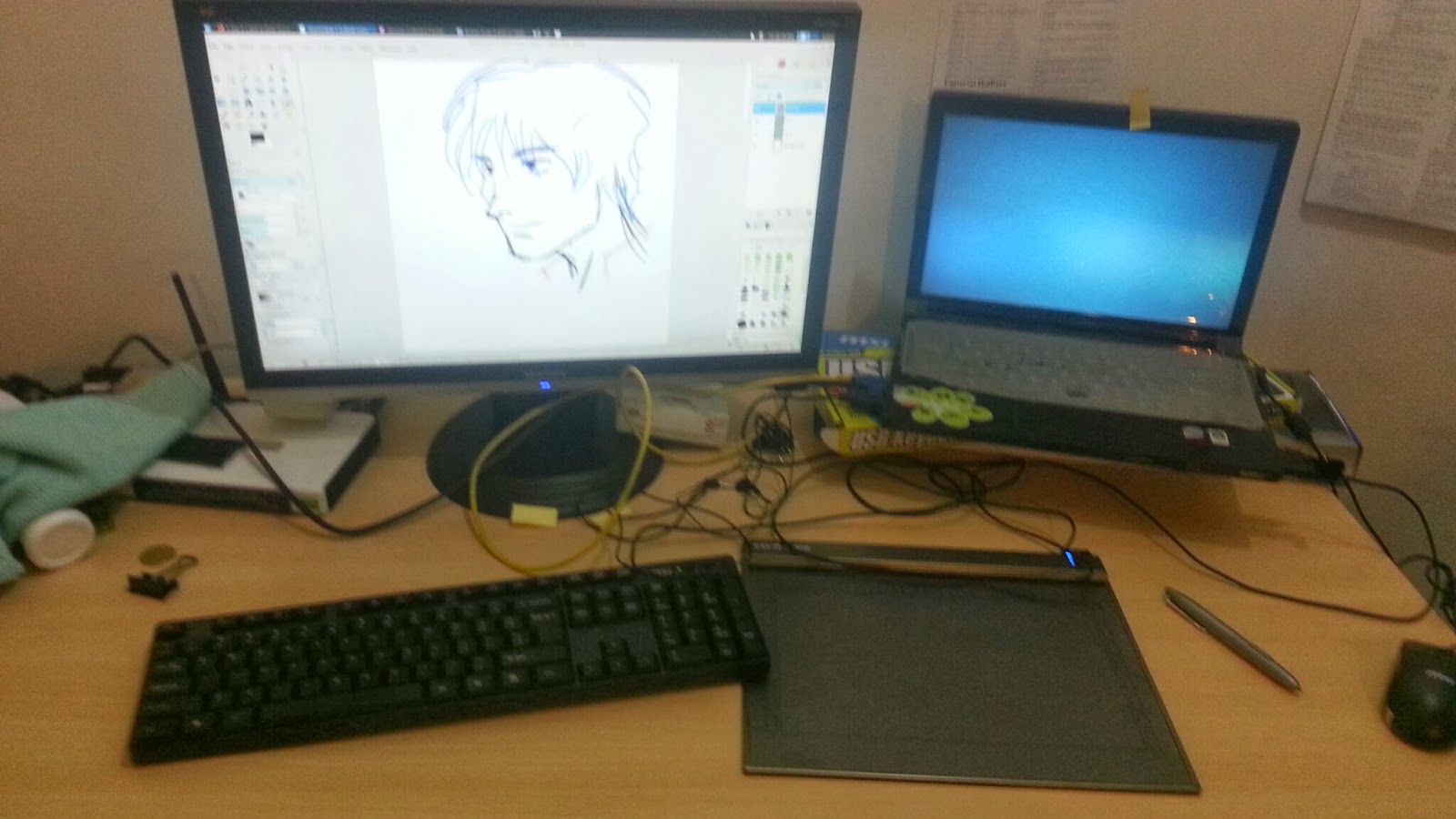 Most Used Controls while Working

Early Objectives of Playing around

Trace the art you are going to draw and want to draw. You get more show-able results faster this way. Begin with a 300dpi workspace.