Its all about the Mass, Structure of Ships

Instead of Distributed Hull, I will be changing the terms so that the reader can easily transition to the harder SciFi. I'm no expert I'm an IT professional specializing in Consensus Building and Interpersonal Skills and Organization.

this is any vehicle capable of weeks of travel. Like ships and planes of present day context of the role of the vehicle really speaks of what its stats are going to be like. Key stats of a ship is its Structure measured in mass Tons of Capacity, its Delta-V Budget, and aspects of its Endurance in terms of Life Support, and Self-sustaining Capacity.

Instead of Hull we organize the understanding of the ship around Structure. This is because the Default Structure in a TL9 Hardscifi Intrastellar Game is an Open Frame. Anything with an Airframe or Fully Enclosed (as you can have sub-enclosures in an Open frame Design) serves a special purpose. 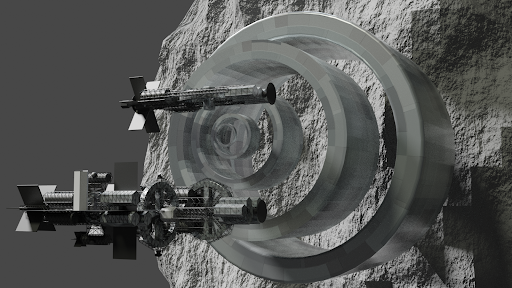 The change of term happened because there is no enclosure and there is no hull to speak of.
An Important Change is that a Structure is Measured by its Capacity to Hold X amount of mass Tons (1000 kg per Ton) up to 7Gs. So a 1000 mass-Ton or mTon Structure can hold 1000 Tons of Mass.

So the Structure is the ship is the MEDIUM by which Modules will be selected. Modules are broken up into SECTIONS: Sub-Structures, Engineering, Life-Support, Cargo, Fuel, Armaments, and Controls.
Substructure is a general catch-all term for other enclosures within the Open Frame of the ship.
Controls include the Bridge, Sensors, Electronics, and Computers.
Engineering is Power, Heat-Disapators/Radiators, Propulsion, Workshops dedicated for Ship needs, and Repair Drones. Non-human waste is part of Engineering as recycling and reuse and reprocessing is part of Engineering.
Fuel is considered a separate section because fuel systems can be modular - added and removed depending on the configuration of the ship.
Life Support includes Cabins, Rad Shelters, Food Production or Storage, Water, and Air recycling and production. Food production modules are part of life support. Human Waste recycling and management is part of life support.
Cargo can be Enclosures or Open Frames depending on the needs. When Cargo starts having an atmosphere to be maintained then it becomes Life Support.

Open Frame or Wire Frame is known in Cepheus as Distributed Hull is the Default Hull. I benchmarked these against 20ft containers which is 7% the weight is rated to Carry, as the Structure get bigger to 100 KiloTon structures this % increases. 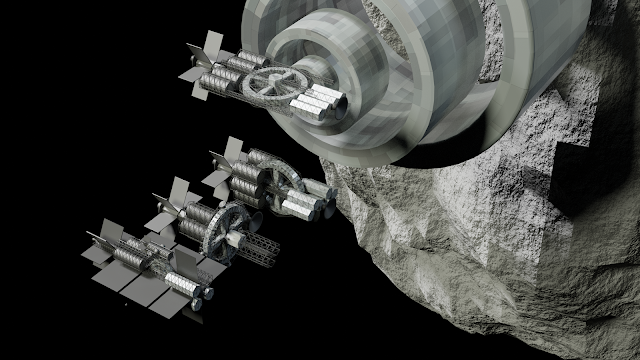 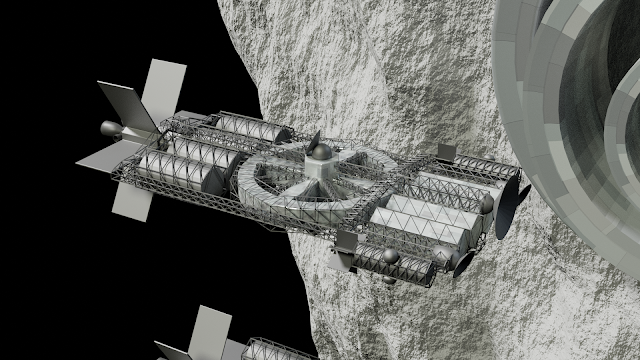 Open frame systems are Re-configurable and easily modified for roles as needed.

This is what would be "Standard" in Cepheus Engine. This will be found in more Advanced worlds when humans discover interstellar Travel and have matured in harnessing Intrastellar resources and technology. by the time enclosed hulls become cost-effective so much technology has developed, but before then parts of the ship will be enclosed and sections are connected with compartmentalized passages.

These are structures designed for atmospheric lift. This is not limited to Planes but includes Airships (like the Airlander https://g.co/kgs/a5op4H ). Dense Thermospheres or Upper Stratospheres of gas giants will be the most likely usage of this outside of earth and venus.

I realize rocket science is intimidating. I personally dont know many scientists, particularly physicists. I honestly am out of my depth but I will give you my notes and how I am figuring it out. I, unfortunately, cannot give people the confidence of an Expert but the Setting and how I imagine this game to be is all about people who are scared, intimidated, and know they are going into something they may not be good at or may not excel at.
The target market are people who dont mind being wrong, learning as they go, making mistakes, and can easily see the value of someone correcting them and be able to correct others in a charitable way. One of my concerns is that Science is only for the people ALREADY SMART, already expert, already capable. I think science and TRPGs can be something for a person who will get it wrong a lot, but are among friends or friendly peers who will help them know better as well as help other figure things out.
Just know that I too dont know what I'm doing, I can understand I may not communicate these concepts well but I can take feedback - do manage not to die cringing from the humiliation every time I listen to myself run a game, I think I can take some corrections.
This is Scifi for the guys who want to know but the rest of the class and even the teachers dont think they can understand it. Trying to understand but lacking the means or people who would help them.

Posted by justinaquino at 12:12 AM