Reflecting on Venus and Mars Terraforming: Space Elevators are Yggdrasil and Mirror Swarms its Leaves and Biome.

I prefer the Idea of Cloud Habitats and a few hundred Habitats orbiting in its thermosphere with Tethers and Electromagnetic funnels drawing gasses as for reaction mass and fuel in the first 1000 years.  Generations of ships every 50 to 100 years getting rebuilt more efficient and effective.

Imagine these giant cylinders hundreds of meters in diamater with powerful industires in its 0G core, with humans living in its spinning outer layer orbiting in the Thermosphere collecting gasses with Eletromagnetic Fields. Hundreds of them in contrast to the surface of Venus, Jupiter, Neptune, Uranus, Saturn etc... Hundreds of thousands of such vessels collecting and refining fuel. Fuel that is uses reacted to travel the distances of the Giants and Planets.

As well Smart Mirrors mass-driven from the Luna cooling it and making a Ring. Instead of imagining a Solid Mirror, imagine a Smart Swarm of Mirrors that are self-replicating - drawing from Intersystem Trade (from Belt to Venus).  The reason people would invest in Smart Mirrors in Venus is slowly cool it allowing more CO2 extraction technologies.

The Space Elevator is the tree with its leaves the and tree-top biom being the Mirror Swarms. Butterflies, Birds, and beings of Silica sailing on Light and some reaction mass - One swarm drawn to the Earth, Venus and mars  and needing the Light of the sun to counter this fall - sending that light to another Swarm focusing and controlling the light from the Sun so that the Swarm near the Planet can use that reflected light. Like a LIVING ring and Aurora across the sky. A Virtuous cycle - the Mirror Swarm stabalizing the Planet and the Tree - the Space Elevator - sustaining the Swarm.

The economic role of Venus is a place for Fuel.  After finishing  Bradley C Edwards Space elevator - I realized Space elevators sent to Venus (slinging a Space elevator to Venus using the earth's own Delta-V inertia) the elevator's purpose is to collect Carbon for Venuse's Ice Moon - and ICE moon that would Shade it - as it would be Tidaly/Gravitationaly Locked if ever the Smart Mirror Swarm (that bounce and focus light from the forces of the Sun and Venus' gravity) ever fail.

I think if Venusians and Mars grow to Tens of Billions - shepherding the Mirror Swarm (Mars also shepherds Mirror swarms), Building Additional Space Elevators, selling Reaction Mass and Tech to Mars (https://www.quora.com/If-it-were-possible-to-collect-half-of-the-atmosphere-of-Venus-and-deposit-it-on-Mars-would-this-make-both-planets-more-habitable) - it would be possible to 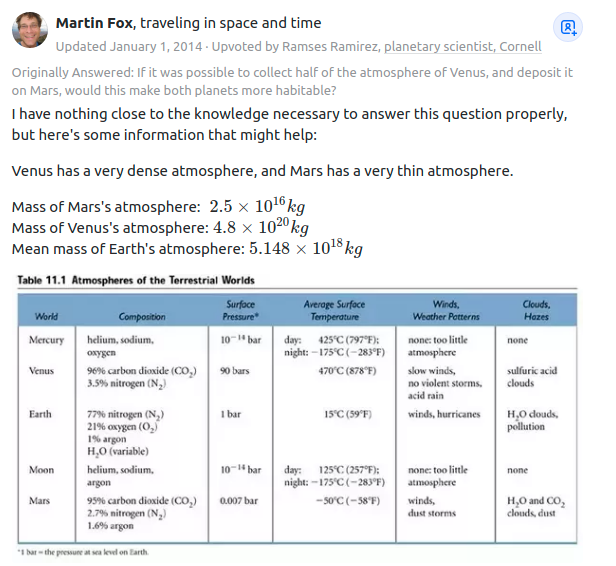 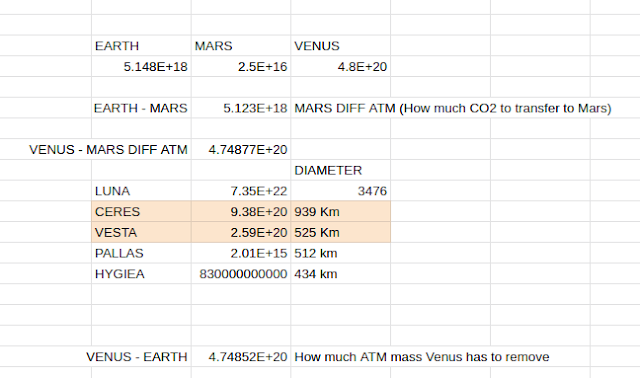 Runaway Terraforming - particularly Organism that absorbs much of the CO2 at amounts that form continents and render it inert, while most of it is moved to Venus's ICE moon. Alternate Settings where some radical projects and social change allowed Mars and Venus to be Habitable in a few thousand years.
What's interesting here is not to think Humans have compounding Technology but many cycles of Entropy and Reorganization - an organism that gets remade, with a vague memory of the past. That the series of social upheavals - Mars and Venus has 1 Atm and a Living Mirror Swarm that needs its attention to survive and balance its Ecology. Space Elevators as Temples of some Lost Civilization that provide the nutrients for the Mirror Swarms.
The Space Elevators and Mirror Swarms - evolve as a Hive Mind that cultivates life in Venus, Earth, and Mars. Humanity may have gone extinct but the Space Elevators
The Space Elevators become Yggdrasil -the Great World Tree-  and the Mirror Swarms as its living leaves and upper Biome shepherding Life in an ages when humans are forgotten.
The mirror swarms and Yggdrasil would send swarm against dangerous life-ending asteroids or CATCH and consume asteroids and comets when they come close enough. It becomes an ORGANISM itself.
Posted by justinaquino at 10:00 AM