in terms of expectations I hope its pretty low, since I'm doing this in my limited free time.


anyway here is what I've done so far:


I've already done the grid, now I'm putting it to action. The delay is that Inkscape with the boardgame extension is crashing in my home computer that has 21" screen and the 4G RAM and 2000 pasmark CPU. My office computer is crap compared to this and has only a 14" screen. So you can imagine how much work I can get done with a much larger screen.


Of course I will be writing will do this.


Revelation:  After all those audio lessons I finally get it since I started looking at the map. Having done my own pathfinding exercises (miserable competence) in Airsoft I fully appreciate how difficult it is to navigate and travel on foot and looking at the map I can see why one side is greek and the other side is Hittite/Turkish/Analtolian etc. Cplakidas maps were very helpful in putting names to places, and I finally saw where the Isaurians were from and the other Roman Military colonies.


This would be a very fun Campaign setting, especially in the "randomly" rolling the stats of various cities. I could probably make a Libreoffice spreadsheet to generate those or make the calculator built into the PDF document...


PDF Document with World Building Tools built into it.
Why not? have the tools that generate the towns, the manors, the equipment lists etc... built into the spreadsheet? Its Libreoffice Basic based on VB, one of the most obsolete and poorly used programming languages used outside school  yet very common in Philippine educated IT graduates.

Why not? If I could make a simple script and forms functionality, what more a team of programmers and their PM creating a PDF that generates the output for game material?


What if the Expansion of the Ancient Era: The First Crusade + Large Scale Game expansion allowed the generation of varying town stats, armies, and NPCs with a form button and option to print out the data... and make more and generate various other random data.


My Open Source Mindset.
Open Source doesnt mean you will give your Time, Motion and Costing to the world and run yourself out of business. You show how its down, but all the indirect costs and complexity is up to you to keep. I personally want to end the regurgitation of game material, automating what can be automated... even if it appears I'm killing off a way to make money.


I think this is an era that innovators have to look farther forward, constantly pushing the envelope to to do things that cannot be "replicated" by automation (like GMing). If someone can close of something to automation that will increase productivity but close off a market... why not. Close it off  and push to create a new business, fill a new need.


This is what is underlying in Open Source; sure you can give people the means to do it for themselves but as the economy grows things change and sometimes it can support it self. OS and Office Tools are open source now, so: "get out of the OS and Office Tools game" and leave it to the people dedicated in keeping this great product free and innovating. Move on to a new business, a new model of making money. 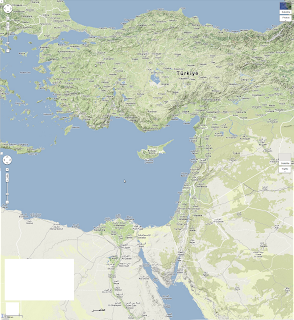 the white space is for reference purpose. Its for my hex maps, the hexes should completely cover the white area. 200mi wide or 320km.
Posted by justin aquino at 9:52 PM