Missiles and Scale. Checking the numbers.

Imagine a 400mm diameter missile made up of a ring 8 60mm solid x 3000mm rockets. Inside its core is a barrel for a 60mm x 500mm APDS round, HE, or smaller shotgun/grapeshot rounds of tungsten and depleted uranium. 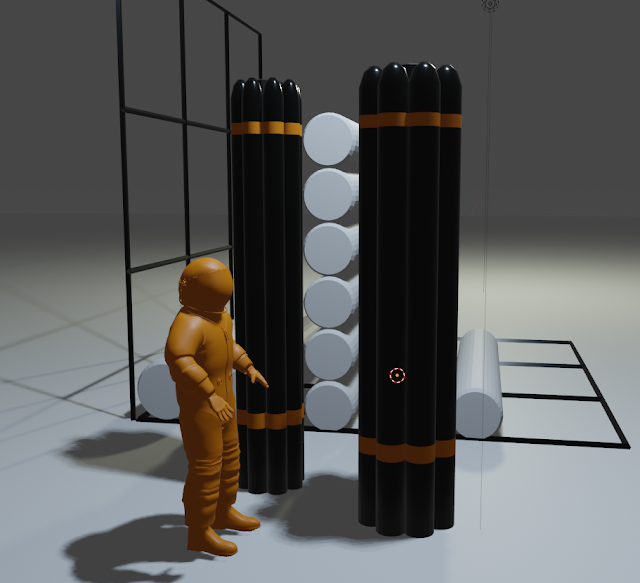 It is launched with a burn time of 10 minutes. Being able to reach 36Kms at 6Gs and firing the 60mm round at 3kms

Fired and with its tiny computer, it will fire based on the predictive algorithm the gunner encoded. It will fire where it will predict the target would be within 1 second (as everything is traveling kms per second) factoring all the factors and vectors affecting it.

A magnetically assisted launcher hurling 8, one of these every second as the ship burns and flips, the missiles sending a spiraling tail at a pursuing Raider. a hundred Kilos ejecting pushes the ship the opposite direction.

The raiders turrets activating near the speed of light seeing the signatures - firing 35 of a similar ringed missile - a missile ringed with smaller missiles that explode with directional fragments as point defense. And the smaller missiles ringing it ignites as it exists the turret - separating in the spreading out to explode close to the missile it seeks to intercept. 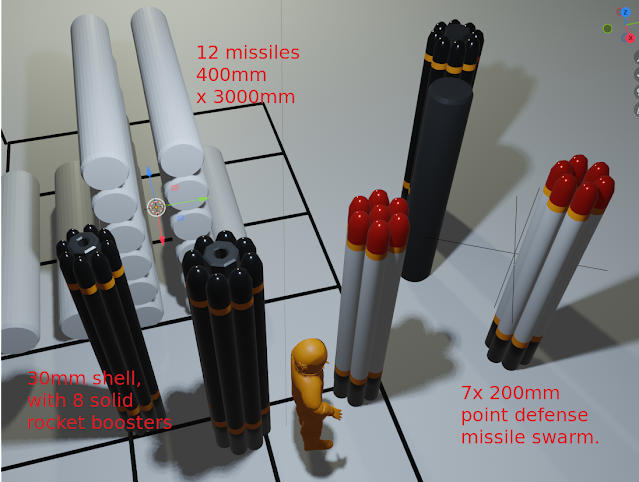 Crew feel themselves against their seat belts as the ship spins to point more turrets at the incoming missiles. Their trajectory altering from the Reaction mass.

9000m3 (ton) ship being chased flips to burn several time to confuse the predict models of its future position. 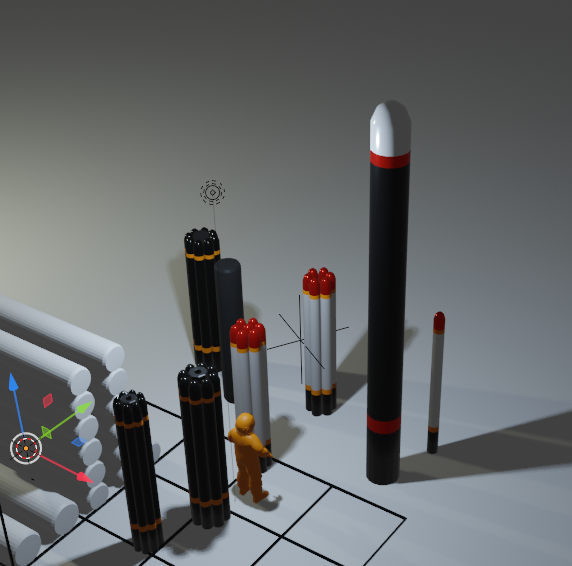 This all happens in 2-3 seconds as both systems are preprogrammed based on each of their crews estimates.

In 6-8 minutes everything will happen, and they will know if they're dead or alive only after making the system checks if they are able to be conscious.

A second before they black out from the centrifugal force of a spin - they can feel the heavy vibrations of point defense cannons hurling 3 hundred kgs of 20mm rounds. Human brains blacking out, and distorting the sense of time. 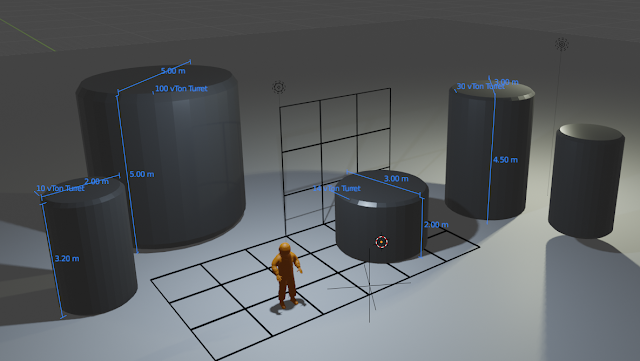