Had a gamer meet on tuesday night. I was too tired after to blog about it. Anyway, there were introductions and a good number of attendance. We are still trying to figure things out, hopefully people  can run games soon.

Clifton is the cousin of one of my close friends, and surprisingly was up to date as to the politics of the RPG scene here in the Philippines at around the time we stopped participating in AEGIS. It is all interesting and surprisingly how small the world is in gaming. One of my biggest fears regarding the hobby is Insularity of groups. A common area to play and a team that wants the hobby to grow is important. Suffice to say an EGO-neutral group is needed.

There is a stigma for RPG gamers here. They take too long and are too loud or emotional for the gamer meets. War Gamers are not as welcomed either because of the prop heaviness and the cost barrier, but they keep Game Stores alive.

Gaming is a Charity Cause.
There is very little way for games to be economical, most young entrants to the labor force only earn USD$300-$400 a month, with the lifestyle often consuming 100% (drinking $3 starbucks being an irresistible).
Older gamers who make USD$400-700 finally afford to buy stuff, especially if they have shared consumption of a family unit where typical in the philippines both adults generate income.

Many game shops have closed and Neutral Grounds, being the strongest, proved the market is only big enough for one supplier. Also NG showed that RPGs are not cost effective to the store, especially because the changes the market has had. I think this it is foolish to think that the hobby has enough of a market here in the Philippines that will allow a brick and mortar shop to exist.

The most i can hope for is shared consumption: someone in the group is getting what I want also, and the cost can go down a little bit because we all purchase it and immediately I have people to play with.

Main Challenges: Politics.
"Are you hinting gamers are socially inept?" echoes in my head in Stu's voice. Politics is one of the main challenges. I realized that the gamers I'm dealing with will have a past with the other gamers. AEGIS, had a lot of internal problems despite how much work we put into it. Money aggravated much of the problems.

Also Cliques form and when people get Insular about their comfort zones, factional lines begin. what makes "differences" a problem, is being unable to related to the other and the constant need for attention and approval. Hopefully when many are having families, working, and growing up has changed all that.

Hopefully providing a free place that has ample gaming space, 24/7 food, parking space, and in one of the most commercially developed areas with the highest worker density will reduce the petty disputes (HA!). The space is bigger than most of the biggest shops, has a lot of facilities, and is not asking for anything from the gamers except for mutual respect, common courtesy and an open mind... (which in hindsight is a lot to ask for gamers, at least having no money in the equation makes it a matter of social norms and common good). 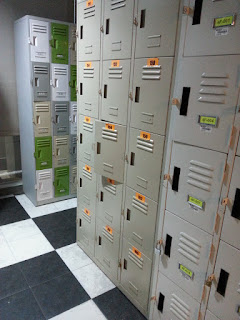 the lockers that will be provided for prop heavy gamers, so they can leave their stuff here. 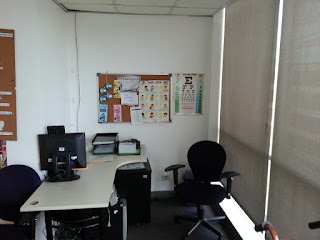 the clinic will be cleaned up and converted into a game room. Move it to our office area in the 5th floor. 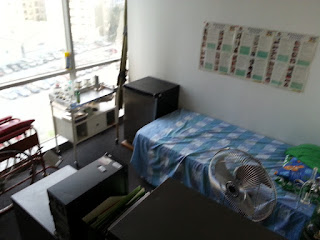 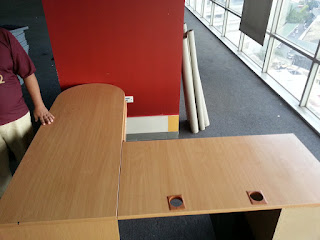 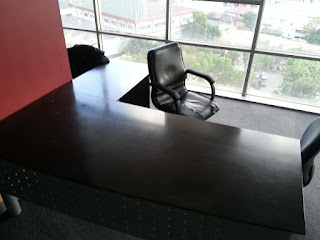 how are we going to fit these in the open space without being weird to the clients. Both the GMs and the Wargamers want dibs, first come first serve... also if your the wargamer I and Carl can help provide the surface for the figs. 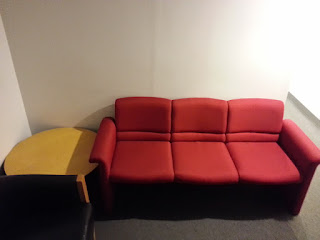 two of these couches in the area.

Speaking of Shared Consumption.
As a group what is possible is to provide certain services everyone wants, where if everyone can agree to a set of standards and all points they can bring the cost down through economies of scale.


Historical Wargames.
Actually running historical wargames on the Cheap with Historical Mini's is my hope for the war-gaming future. It has a low cost barrier to entry, and it gets people into history. Particularly if I can get 19C figurines for Phil Spanish and American war. Min-art Figs cost about $5 for 48 figs. Painting them is another story, I'll work with Carl in how to make this go down. Historical, Painted, Cheap and free Rules. I'll make a Biz plan for fun to see what economies of scale we can have diminishing returns and how much market you will need to make such feasible. Suffice to say I'm sure its impossible without a ton of

Print at Cost
Books, Maps and Materials can be printed to economies of scale. Forgot to post my printer post, still shopping around. I'm having an OJT help me research a good local supplier. F*cking Customs and BIR, 100% tax and i'm too small fry for the ombudsman to take the time to spit on.

Interesting projects that employ my skills.
I joined odesk just to look for projects that are interesting, for that sense of accomplishment. Like when I finished editing that GURPS Lite. My real life work is like a Call of Cthuluh game where I'm struggling to survive and just delay the impeding doom (thats why I need to shift to an IT career track), So gaming projects give me that sense of accomplishment and hope I sorely need after dealing with a lot of real life. Sadly the same skillsets I use for works, tells me there is no market and technology is shifting the hobby a direction that will make it mostly crowdsourced and on-demand. So I might as well accept the inevitable and start working on it that way.

Posted by justin aquino at 5:20 PM