When work is too INSPIRING! 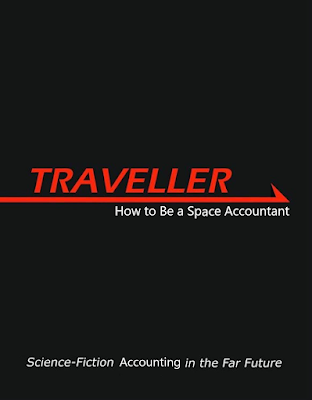 You cannot believe how many people dont understand BREAK EVEN, fixed/variable costs, cost benefit analysis, BATNA, and other BASIC biz concepts. Mastering them in Low stakes traveller when so many don't know these concepts.

Wife was telling me how an executive just learned how Break Even works and started repeating it in every meeting. Heck Cashflow is something 90% of biz don't understand - but the 70% of biz that fail after 3 years have a large chunk of them in mismanaging this key concept.

Cashflow - ever fall short paying your Crew or Suppliers in Cash - that's some ROLE-PLAYING I want to see.

I train Students (On the Job Trainees) I'd prefer running CE and putting their Challenges into "CASE STUDIES" in CE lolz. I'd like roleplaying Debtors, Creditors, Competitors, Unreasonable Clients, Corrupt Gov't agents, etc...

I know I run games in a Niche Way, but its the BEST system for running this kind of game. Making the Stakes Interesting is where the fantastic elements come into play.

I remember doing the Break Even Analysis - I gave the GM a hard time because I told the Crew "We have to take jobs that ATLEAST pay X or else we will go under." = You mean Players don't do Profitable Risky Jobs... just RISKY unprofitable Jobs?

The GM can always Handwave - but at least the Handwave should be "Profitable or NOT". The GM can next time check the BEA and roll 2d6*10% or 20% for the risks and payout of the JOB.

When ever I see stupid Biz Decisions - I am INSPIRED in using the same conditions in the GAME. Its mentally as demanding as a Mystery Game - IMO. One really feel smart seeing the Trap and Avoiding it. Especially when you exploit the trap.

When work is too INSPIRING (with too many bad decisions) it makes me want to game even more.

Posted by justin aquino at 1:30 PM

Email ThisBlogThis!Share to TwitterShare to FacebookShare to Pinterest
Labels: Running