Fall of Constantinople Game I once Ran

This was before GURPS Mass Combat 4E and City Stats. One day I hope to write up a meticulously prepare campaign for this that can be used in a variety of game systems. One of the lessons I recently learned is that Sandbox is the way to go for some GMs. Once you have a good sandbox ready, preparing adventures is such a breeze. My idea of adventure modules have evolved to "Prepared Campaigns", those that have all the GM's work done for him.

For a Game of the Scope of the First Crusade or the Reconquest, the preparation is laborious but worthwhile. What happens is that you research real-world locations and with Google Maps and the campaign material the players and GM are provided give the players POWER to shift the course of history and events.

One of the Lessons I learned running the Fall of Constantinople was making historical figures come to life, even at the expense of some Historical Accuracy, was incredibly fun but too much work for one GM. After all the work was done, I realized that if it was prepared just the right way it had a lot of Replay Value OR it can be played as a "Plug-and-Play" with people who are familiar with GURPS mass combat, just going straight into the mass combat.

The ability to just cast off some of the elements and run it purely as a wargame gives it a lot of replay appeal. There is also another way to go about this, and that is a Social Engineering Campaign and create a situation that will create many re-playable and different situations Social Battle Fields.

One Job of anyone who will prepare such is to do all the crunching so that the GM only needs to cut-paste data and possibly fiddle with some of the numbers. Ideally everything is playable out of the Box, with a Flow Chart and Video of how to play accessible for immediate consumption.

I also wish that if I make one, there is allowance for Mass Combat Cards and City Stats Cards for Holdings and Fiefs (either for Electronic or Face to Face play) so that the GM probably can just order a Print-on-demand of the cards and just give them to the players.

Anyway, looking at how much work I did for preparing and the recent funds I have at my disposal, i've begun reconnecting with artists friends and editor/proofreaders for some services of such. Historical Plug-and-Play campaigns would be so awesome, particularly one that can satisfy myself in preparation comfort level.

In the end, one needs to over-prepare a little bit to give people that confidence to run the game and the security that somewhere there is an answer to all those worries. 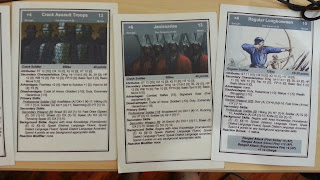 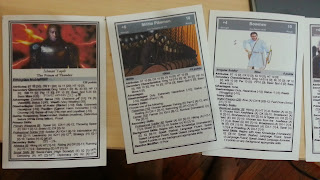 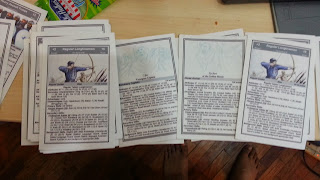 Posted by justin aquino at 5:26 PM