Learning Children of a Dead Earth Orbital Mechanics and Phasing.

Children of a Dead Earth was about 1usd because of the steam Summer sale. So I got it.
Unlike Kerbal, I KNOW I can skip to the Orbital mechanics and I can barely grasp the concepts

And I don't understand it still. I have to do some "homework" and study.
Trying to learn the Orbital Controls in Children of a Dead Earth. Still looking for the links that explain the concepts of how the

AHHH!!! Ok so its perpendicular relative to the Axis of Away and Towards the orbital body. Now I get it. its V in the Wikipedia diagram. ??? So I have to think of either the Relative relationship of the Place I want to go.... that's confusing I can use both to get out of the orbit of the Orbiting Body. My brain can't figure this out.
AHH! Oh i can imagine it as the Velocity I'm going to be Orbiting. If I want to SPEED UP to catch up to something in the Same Orbital Plane OR slow down TO CATCH UP. (which is actually WRONG because of Orbital Phasing ).
TANGENTIAL RED is Go Faster or Reverse Along the Track (Orbital Path).

So this is Perpendicular the Orbital Plane. So I guess its going towards the Poles - North and South. So the Axis is North or South.
If I'm imagining it this makes me Change my Orbit clockwise or counterclockwise to the Orbiting body.
The Infolinks in the game says its used to line up on the same orbital plane as the object.
BLUE is Changing the Orbital Plane. I should Imagine it as Changing Lanes of some kind. 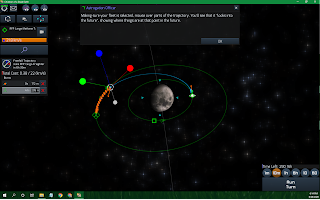 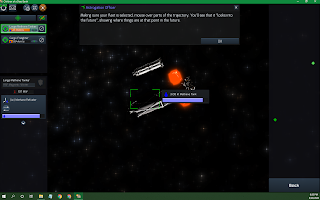 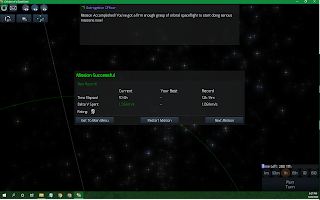 A quick Video of me trying to figure it out and actually getting it WRONG but still finishing the mission!
Posted by justinaquino at 8:22 PM