First Time to Play House of the Blooded

A narrative mechanic system really is easy on the GM, but requires a higher level of skill in improve that I'm capable off. Tobie's days as my editor in Malate Literary Group in DLSU shows, so is his training as a director for ABS CBN, and his Theater experience. So when tobie suggested that I run MTraveller I happily and subtle declined by just giving a +1 to he suggestion LOL.

I'm, like Erich, schooled in the Grognard school of gaming LOL, but happy jacks has given me inspiration to try new things and Flex my Rigid tendencies.

Those who have gamed with me growing up knows that my current RP style is owed to my best man +Henry Vargas whose style of gaming is to All-out-RP and play to all the disadvantages in a mix that is both dangerous and hilarious.  Its so hard to keep a straight face that I burst out embarassingly when I drank and think of what I just did. I didnt get a chance to laugh off my RP and get it out of my system.

Having an opportunity to talk about the system you really need to filter your players - players who you can trust, and mature enough not to abuse the amount of power the system gives players. Making up the details of the game was rather hard for me, it requires greater Player initiative AND a skill in writing where you have a tool set of plots and complications.

When X happens you have all the story formulas you can draw from. It really helps that I had about 300+ hours of sci-fi audiobooks in the last four years to help me have a guess, but I've forgotten all the details that goes with those 300 hours. Just a vague intuition of how some stories pattern.

Even if I were to GM something more my school of gaming, the work, the planning, and the coordination is something I cannot make. It is volumes greater than the player's (thats why I really treat it like a dinner party bringing a lot of food offerings to the game, my contribution for the GM's efforts as evidence by the Pix). 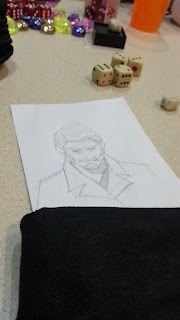 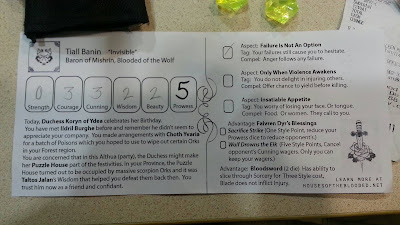 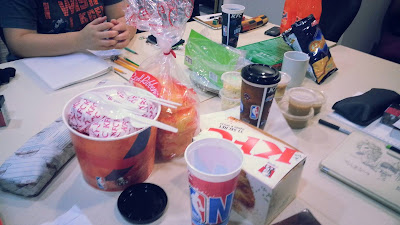 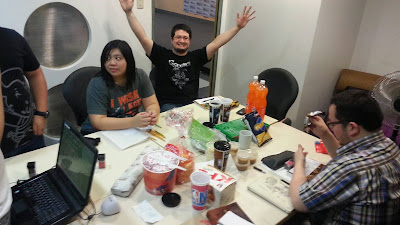 Game started around 9pm and ended 1:30am. A masterful use of time and pacing. We didin't have AC because of Philippine Holyweek which is the time when buildings can get their maintenance done.

* Finished Half Life 2 and all epsidodes.
* Started playing portal

Rant
my Samsung np370r4e-s06ph does not have drivers for its own graphics card) #WTFwindows8.

Can't wait until Linux Steam matures and then I'll switch this laptop to 100% Ubuntu because Windows 8 Deleted my Dual boot >:(( . For now The windows 8 will allow me to buy Cartography Software for my gaming and other gaming software that is Windows only.
I wish gaming was more Linux ready; there are software venture businesses here in Philippines but given the time and effort it takes to make something as complex it costs about 2 years of a teams salary to start up; and all the logistical challenges that come with it.
Posted by justin aquino at 10:41 AM