+Alexander Osias in Armchair Gamer happens to have on of the few surviving copies of RPG thesis. Looking back it was a very good experience, unfortunately it was a very very poor project. There are two versions: 1865 and Mahadlika, I took the thesis twice I passed the initial one but regretted the quality and tried again with Mahadlika. On my second try I was competing for best multi-media project for the semester.

What I learned was End-to-End solutions of coming out with a book. I talked to printers, I have an uncle with a printing press, I learned about paper, I illustrated and worked with +Nico salonga to add more illustrations, I reseached and wrote a 30,000 page bibliography and made about 5,000 words for rules and mechanics. I made marketing collateral, a website, and had content from friends who contributed short stories regarding the genre.

There were two systems in one, one that allowed people to play with just playing cards and another using the same stats to play with dice. Each had their own strengths: dice really subject to chance while the cards was strategy and accumulating a good hand.

It was very much inspired by Noli-me-Tangere (Touch me not!) and the El-Filibusterismo (The Heretic!) and many more books that fed into the same dangerous and intrigue heavy Anarchy of Families, the Game of Thrones of Philippine History, for something I wrote in around 2002-2003.

I might have espoused so much BS when I wrote it but I think it was more about "revenge". This is the emotion of Jose Rizal's books that really called to the younger me. Even now when I did (and will do) my readings of the Noli I feel so depressed and angry because the problem are still around since 100+ years after they were written.

Samiel, the Devil, was the main plot device of the story. In fact, reflecting now, I should have made the GM Samiel, and Samiel is based on Elias/Ibarra Rizal's own personal demon. It is a setting that requires a lot of maturity and a medium who want to channel their aggression about an oppressive situation in a "Count of Monte Cristo" manner.

This book a rambling of identity in light of Philippine history, so I'm very much regretting having such published. It will also get me in trouble in businesses now that I'm older and working lolz. It was an exercise and research and a lot of uncomfortable things.

Being a Filipino history buff is a tragedy, great things that happened and are forgotten, sacrifices are taken for granted, the bad guys mostly won, and you feel like your the only one who remembers the kick ass heroics and the awesome heroes. Being a gamer means having an imagination able to personify these people to be alive in memory. My seniors, gamers and history buffs about 10 years older than me, are raising their families and see their own number dwindling.  I'm the youngest of them, growing up gaming with them, and by the time my son may be old enough to understand this I will have moved on and so will they.  All those lessons and the reasons behind them forgotten. 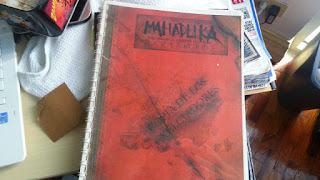 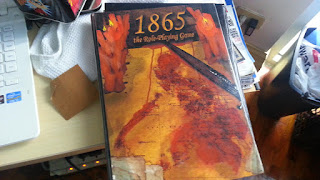 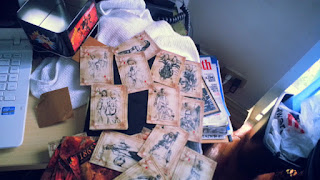