Relearning 3d again. Its much easier now than when I first learned it in 2007 but in blender instead of 3ds Max. Before I was in denial that I can learn game design without learning programming and I have finally accepted all the work that is going to be needed.

What's its relationship to gaming? I've been frustrated building ships with game rules and I want to just use the existing infra others have built and just make a freaking way to bring my imaginations to reality.

I'm frustrated making hardware for GURPS cause after playing around with the ballistics spreadsheet I've hit a wall and I can't get my ship combat off the ground implementing the some well known "hacks" that screw up standard ship combat doctrine. 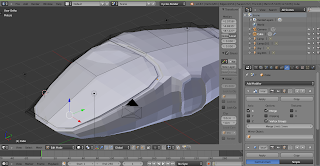 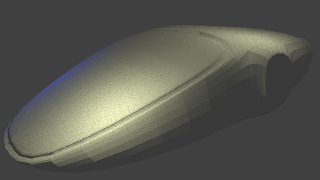 Relearning this skill has brought back some memories of long nights, several burn-outs, and overly-naive-and-ambitious projects. My training as an analyst and a manager should put some strategy in learning much faster and plugging as many hours in this.

Oh well, hopefully by sept I can get back to full skillset (being able to do basic modeling projects at realistic or clean renders)... whoah i'm getting flashbacks lolz.
Posted by justin aquino at 5:13 PM

Email ThisBlogThis!Share to TwitterShare to FacebookShare to Pinterest
Labels: Figuring Out, Ships