My family biz is mostly construction and furniture, BUT my dad got his start around the time my younger brother was born in 1981 - with an electronics company making transformers for the emerging data centers and mainframes that began to be used in the Philippines. He got a bunch of Electronics and Electrical engineers and with the Middle-class money of my grandfather who sold Roast Pig (called lechon) borrowed, traveled, and unembarrassed got the technology from America to bring it to the Philippines. Dad was basically like a traveller character, going to a High Tech world and trying to sell it to a Low tech world. (dad was in his late 20s).

Now the family biz eventually became a Data Center Designer company - a strange BASTARD of IT and Construction. Mom was an accountant set aside proper fiscal management of my dad's selling - and technology. Strangely we were geeks and science nerds because my moms father was a Hacienderos (Plantation Owner) son who was a Total nerd - where we got our nerd trait from.

Dad's company had heights and falls, its still a kind of a big deal because most IT professionals who are over 50 had to rely on the UPS, power protection, and services to set up Data Centers. Track record and Gov't experience (Admin and Streetwise Rolls)

most Gamers I know are in IT or have a strong IT background. I cant help but notice Rottenlead is using a rasberry Pi in his video and Mark Knights and many of the gamers who were playing in 2013 in Google Hangouts were IT.

While I'm a scifi nerd - I like applying what I learned and one of the things I realized is that we are in the cusp of Micro Data Centers. If you have assembled your PC -then you realized the modularization of the components. The CPU, GPU, storage, Cooling,  RAM, cards etc... NOW Micro Data Centers have scaled it up. 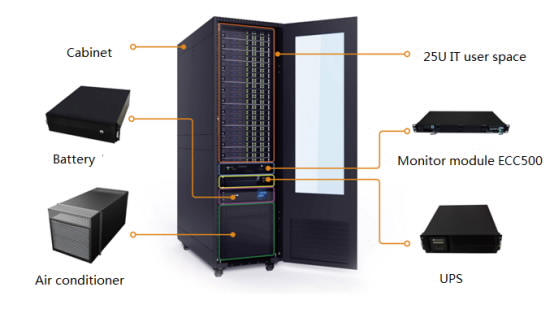 Now you have a Cabinet - imagine your PC Case - which has Slots for PCs/Servers, Networking, Power, Airconditioning, HVAC, Batteries, UPS, Sensors, etc... With Hypervisors and Orchestrators - now able to run many "Bare metal" PCs as part of 1 unit or a unit that can be divided by its smallest CPU+RAM+Storage unit.

So basically whats happening in my real life is that I'm trying to partner with schools so that we can solve the Precision Airconditioning Unit (PACU) problem of the Philippines - that the Philippines uses 60Hz and needs to import the components that are needed for the construction of Data Centers. From 90-120 Days its now 180+ days to Import PACU - guess how are you going to SUPPORT that if the supply chain makes it that difficult!!! especially now that Regional Conflict has made it ideal to be the back up of Taiwan's data centers if things dont work out with China.

Whats funny is that its NOT Impossible, its very hard, but not anymore Impossible. The main problem was the Plastic Circuit boards to Consolidate all the Sensors and Control the Airconditioners Performance - so that it will maintain its targetted climate control conditions (my mentor was the Mech Eng Manager before he retired and we talked at length about this) - Andruino, Single Board Computers (Rasberry Pi and the many SBCS that arose), and of course, Indian microcontroller vendors are now available for us to make a Prototype.

You know what OPPORTUNITY opened up to make it more real - Right to Repair, Privacy Violations (De-google and De-Apple you tech), FUTO and Next Cloud

Google is now raising prices for the 3rd world users and doing the math - Creating a Distributed (through MicroData centers) of NextCloud - complete Office Suite Instances that is open source is one of the largest types of data center deployments for Small-Medium Enterprises. A project where we can USE the Prototype PACU and Micro Data Center - until the technology Matures in the Philippines (and the Developing world - I'm an Open source advocate in my stuff and in my projects).
When i talked to nextcloud and studied it - It cannot work ALONE as a solution - Collocation in the Philippines cannot work with prices of 3,000usd a year. They need a CHEAPER data center option. Why can't people just make a Micro-Data Center - because very few people have the Integrated disciplines of Mechanical and Electrical and Electronics engineering to understand why Data Centers are Built in a certain way.
So Cepheus Engine TL 8 and Early GURPS TL9 or 8.5 is this transition - where you have Commercial Space Flight (Private Companies make a lot of money from the Tech they develop for Space) - and Macro Computers or Micro Data Centers are basically a Larger Computer where you install Servers-Racks or PCS to array them - for easy transport and support.
Dont forget the Hardened ones - the ones with Water or beryllium shielding and MULTIPLE parallel computing to compensate for Radiation knocking Ions and turning 0s to 1s or 1s to 0s.
Imagining micro data centers as the PCs most Ships and Buildings will have. Right along with the Power breaker and Main Water Tank - Decentralized Internet in the form of the Server Room or Node or Micro Data center would be ubiquitous as technology advances.
I'm the guy you would See in Linkedin with my head in the Stars and Worlds - trying to figure out how all these makes sense. How Work-from-home, Hybrid Work, Co-working spaces - will work with an Urban Sprawled, incredibly corrupt and dystopic gov't.

I'm the guy Rolling Admin and Laison Checks to get Win-Win with schools, my company, end-users needlessly suffering, to get Funding, to make Profitable small wins, and rolling Media or Writing to communicate my ideas to hopefully like-minded people who would be better than me at this (and hopefully take it off my hands).

Running Cepheus Engine in a way that pours all my frustrations and anti-patterns in an environment people are free to try and fail. (You should see how smart people are when they dont fear failure and know the budget they have to work with; how ingenious they are with scarcity and constraints).
I like projects as an adventure - I like teaching students and those who would listen to see it that way. I hope such a weird trait will be discovered to be not just normal, just one of the MANY different ways to approach life that just happen to work (in a world that is always surprising us).

So there is this thing That will make people save money, control their privacy (with Distributed Micro Data Centers you can run Mastadon, Nextcloud, ERpnext, Jitsi, etc... - Find the IT support you want ) and take back power they lost to factions and powers that have become more brazen.
I think of all this - I got Game in the Brain - Like a GM or Players who Play TRPGS - this is a WIN-WIN game. Table top RPGS are Win-Win games - an alien and strange sort of games people are learning that THIS EXIST!

One day I'll witness another Louis Rossman Closer to home (probably Indian or African), someone who can empower a lot of people who thought they were powerless in my part of the world. Their work will make our world a little more Scifi- IN THE NON-DYSTOPIAN way 😅

If only Investors were scifi nerds Lolz - then they wouldnt be investors - theyd be professionals not getting caught up with power plays and high finance issues (or they would be like the Founders of FUTO which is super rare. Altruist millionaires on a technology bent).

To do Scifi TRPG Fulltime In need 15000 sales per year from 3-6 products - not impossible but very unlikely. Like me taking 10/12 kills in a Mechwarrior Quick match - even with my best mech.

Posted by justin aquino at 8:27 PM

Email ThisBlogThis!Share to TwitterShare to FacebookShare to Pinterest
Labels: Projects