One of the 3rd World aspects of Character creation is the role of Status. Developing Countries - Generational change of Social Status sees Education as a key role - there are those that got rich without it but there are so many who owe their status to it. Its a huge cultural difference between Developed and Developing countries.

When Germany makes Higher Education Free as well as Technical Education - there is that AWARENESS about social mobility and access to education that we don't see in other societies.

As a 3rd Worlder - Status has a Strong influence - it is expensive being poor and because of the denser and mixed conditions here, it's easier to see - in a building, you pan your view and see the slums and high rises quite easily. With some basic observation, you can see the difference of the 3-4 story buildings that any Civil engineer can Sign for that is filled with Tenants and small businesses which have a structure that seems to sag over time - they don't use Cladding to prevent the pollution from sticking to the walls and giving the building its age. 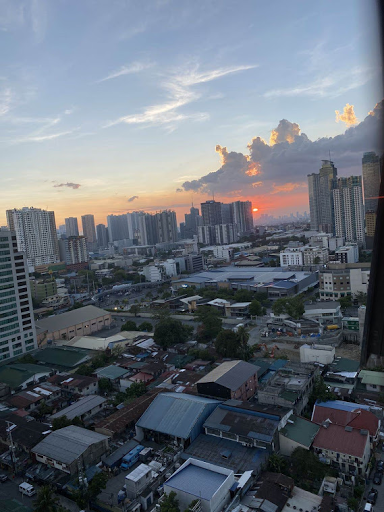 Also in the lifetime of my father things changed rapidly - especially with population pressures that near nearly quadrupled the population while he was growing up.

I am aware of my Father's social class - and how his workmen talked to him and who he aspires to. My mothers family, my grandfather was a Haciendero's son who studied in the University of Sto Tomas and escaped the Japanese occupation to be a guerilla - a total nerd - he is an example of how he Lost his social status - and changed it for the status of the Town's Principal - of Notra Dame Cotobato.

When I see the lost fingers of workers who I hand their thousand dollar watches for their 25 years in the company during the Christmas party, to the familiar death that happens yearly as these men reach 50-60, and my peers.

Its weird when I write Social Status mechanics and EXPLOIT them coming from an Opus Dei school and speaking with a particular class accent - the signaling that happens.

Social status is a big deal when there is no empathy to see how much more expensive it is to be poor, how every little thing adds up - the way we are OBSESSED with every little improvement in our main tools - ram, processor, OS, architecture, AGILE or Waterfall, test Cycles etc.... every Little thing we are obsessed with yet cannot see how a near subsistence living and the uncertainty of income impacts an entire system and personality - its so Weird when I hear the "Classism" "you just need to work harder" bullshit which a Systems Designer cannot unsee / a glaring reality that lights up so many problems.

It's a big deal the way Intelligence is a Big Deal - and it can be simple yet illustrative of how powerful it is. Social Rolls where getting LOANS, ability to get 0 Interest or 10-30% discounting with Cash on hand, having a Reserve of Cash or mortgage-able assets.

Ask a regular person about Unit Investment Trust Fund (UITF) in the Philippines its easy to see Financial class differences - from people who get suckered in get-rich schemes and people who have the opportunity to invest in land or their career. In the Philippines the Drivers license and Passport is the required ID for having a savings account but one needs a car and to be able to travel abroad to have such documents.

If it was an African, South Asian, South East Asian, East Asian, South American, Middle Eastern etc.. I can imagine being able to Look at the social Status levels - their behavior that relate to the arms race of social status. How easy it is to open a bank account, agents bending over backwards for their patronage and being able to get a job.

Social Status is so different in TL9 - the "belters" the ESSENTIAL WORKERS of today and the Essential Workers of tomorrow and the market forces that will exploit them as MORE spacer technicians arise - and what happens to the people who do not have the stomach to survive a Spin Hab, Work in Zero G, etc... unmodified.

I can imagine the people who took the LOANS to have inner-ear modifications and have to take such loans for their Children. The CLASS distinctions of a person who cannot spend the 1/2 of their waking hours in self-care - their demineralization of bones and shrinking of their heart as they spend more HOURS in 0G.  the RAT RACE in space, the Radiation belt hazards, people having to store and save their gametes - imagine an Entire multi-generational household investing in Gamete storage and shielding.

Imagine operating an Inertia Bank - a multi-KM spinning spiral chain that CATCHES and hurls heka-KiloTon ships to allow them to Travel Intersystem Jupiter to Saturn or Jupiter to Belt. The ability to Operate cheaply and how PAINFULLY net Income will slowly arrive to or may never arrive - to allow InterSystem Travell can be done by ships with less than 30Km/s 𝚫V. Using the mass of Gigaton Mountain to store inertia - the Spiral Arms extending or Shrinking to Manipulate angular momentum as needed.

Uterine Pods and their importance to a Habitat or Colony. How fully enclosed food Production modules - food made to grow in a Box at a particular Density - the buying and selling of these Pods. How social Status is an Element of SOCIAL mechanics and Economics. How Violations of Social Contracts are inevitable because groups of people cannot help but have so little 𝚫V to make corrective changes as profitability and humanity tend to contradict in a massive system. 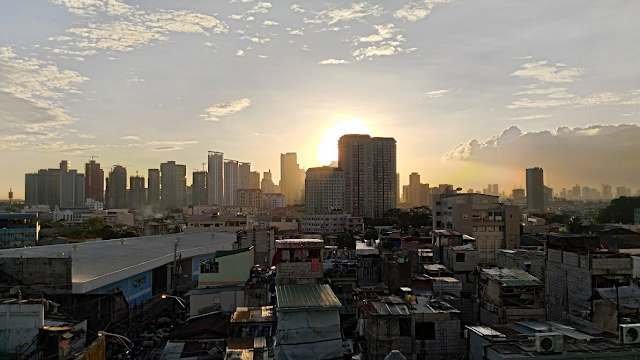 *All the photos are just from my own. the top is the view of our new condo we're moving to, and this one in the bottom is on the overpass to Taguig Bonifacio Global City Centra Biz District.

Posted by justinaquino at 11:22 AM