Vertical Orientation and Delta-V based thinking - Why Not?

In Universe Sandbox I can imagine running a game:

1) 2070 -2080 0.7-1.8 E+13 Kg (Gigaton) Asteroid is being evaluated for Capture (premise of Delta V of Daniel Suarez) PC are both the Crew and Ground Station and Sessions are them getting caught up in the Politics and the Social Challenges of such a Project. One of the aspects of such a game makes anyone can play it is the Project Management which is like Tactical Combat there are Finite moves and Practices that is performed in such projects the PC will discover anomalies and risks and opportunities that will affect the project. 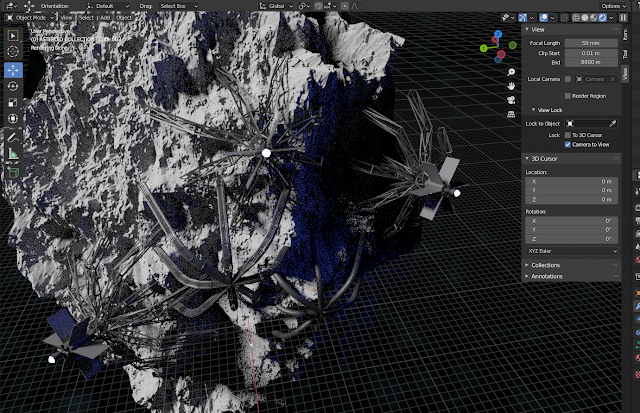 3) 2300 Jovian moons and the Belt has exploded to a population of 1B and growing through both migration and the hundreds of thousand Mega-Ton habitats the are constellations throughout the Jupiter. A population growth comparable to only 20C expecting to be 10B in 2400. Gigatons of Material is moved in the resource Rich (low delta V cost extraction) in the Jovian System. Rich with cheap fissionable, reaction mass, and a concentration of nearby mass and advances in SWNR - (imagine our current economic condition but multiply the Trade by x100 because unlike moving things by water where water acts as a fulcrum to move heavy objects cheaply - cheap power, fuel, and materials allow Gigatons to be moved relatively cheaply - Moving 1Gigaton per KM is 1,000x cheaper than on Earth. (You can probably make a THESIS paper in economics what it means to have Material Moving and Transfer costs this much).

It's close to what a Traveller Game would be - except instead of PARSECS its mega-meters (mega meters is 1000 km and travel time in weeks) - the wealth of Reaction Mass allow for ships that accelerate and decelerate for Days.

I can probably re-use all the old traveller ships. I and Nicco will change the Orientation to Vertical from horizontal layouts.

What does a Vertically Oriented Far Trader Look like?

Basically its possible to make a Vertically oriented Far Trader and make sense.

What if the engines can make really really tiny fusion impulses? with an abundance of He3 - what if the Liquid rockets dissolve enough fissionable for really controlled bursts - like "after burners" a change of Fuel intake or going Nitro in cars. 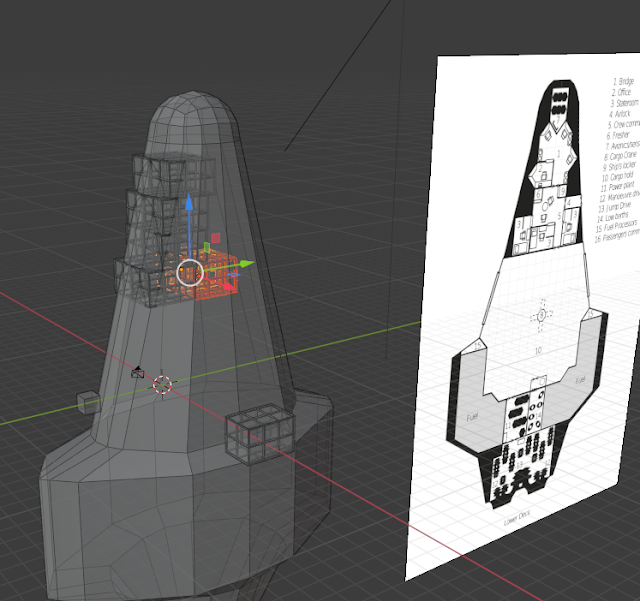 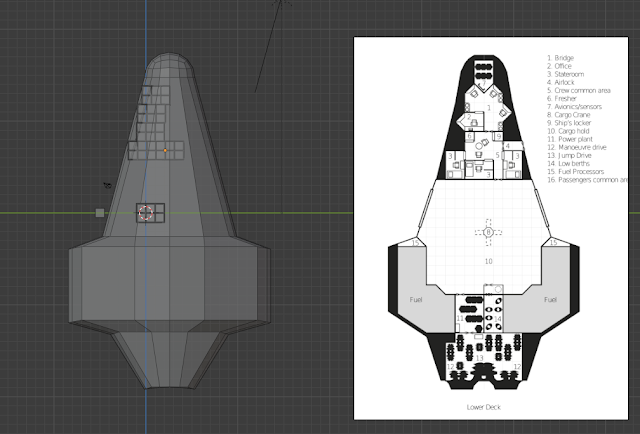 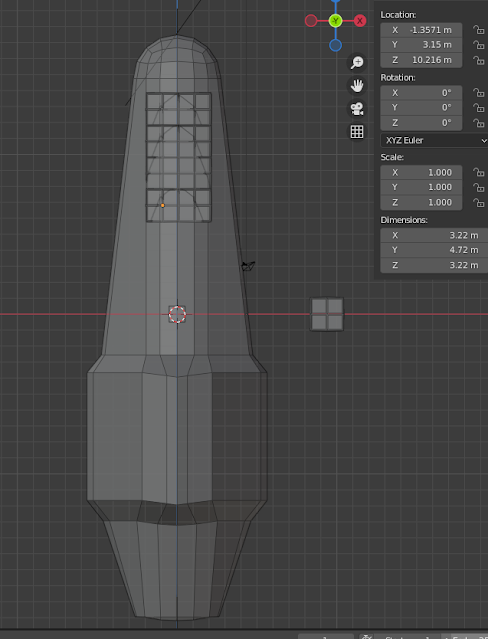 Of course it won't be a lot of gravity by Accel.

Its great that both Nicco and I like these puzzles.

In just the Jupiter System this would be enough... but when going outside and fringes of Jupiter - one needs to strap-on some Tanks, Spin-Habitats, and more Engines.

The GREAT thing about delta-V based calculations is that its basically a MASS equation - no strange "DTON" equation. Basically its a Credit per DeltaV tracking and KPI.

Posted by justin aquino at 5:08 PM