AT THE GATES OF AN EMPIRE WAVES THE BLACK FLAG OF ORCS - 1B market value for the ORCS.

My stand on OGL

People Spend 1 Billion dollars on D&D even if the quality is not as good as the other 3rd party publishers. 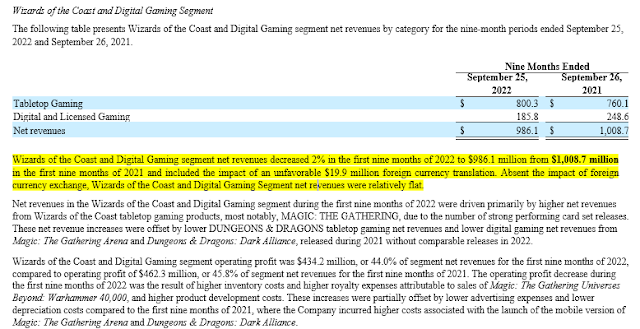 *Why will it grow to 4B. Because ORGANIZED PLAY and DIGITAL will make Players start spending, and not just the GM. I have friends who play in 4-6 games a week, while GMS can only handle 0.5-1 game per week. now Players can PLAY and consume Organized Play they way they BINGE watch their favorite media.
IT'S A SERVICE. I have a long complaint that people still see Manufacturing as an indicator of a successful economy. SERVICE is the most democratic source of Gross Domestic Product - it relies more on the People organizing than a Capitalist with MONEY to throw their weight around and manipulate the gov't and laws. Service Economy means it GROWS as you put retraining, education, and QUALITY of LIFE improvements in your economy. it can be better if your metric is quality of life - not kill count/dick-measuring vanity metrics. TRPGs - organized play and digital development are services. My cynical side has come to 2 conclusions.

Posted by justin aquino at 1:44 PM