The stats of missiles - volume and amount per dton 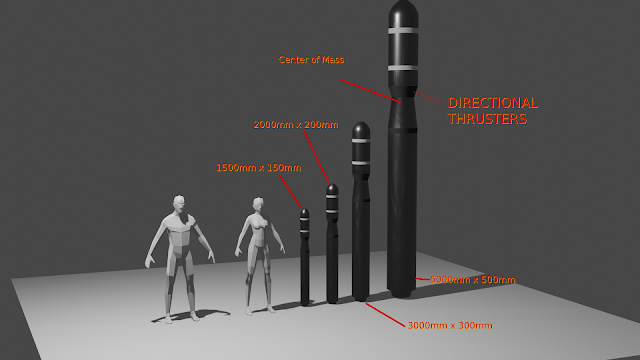 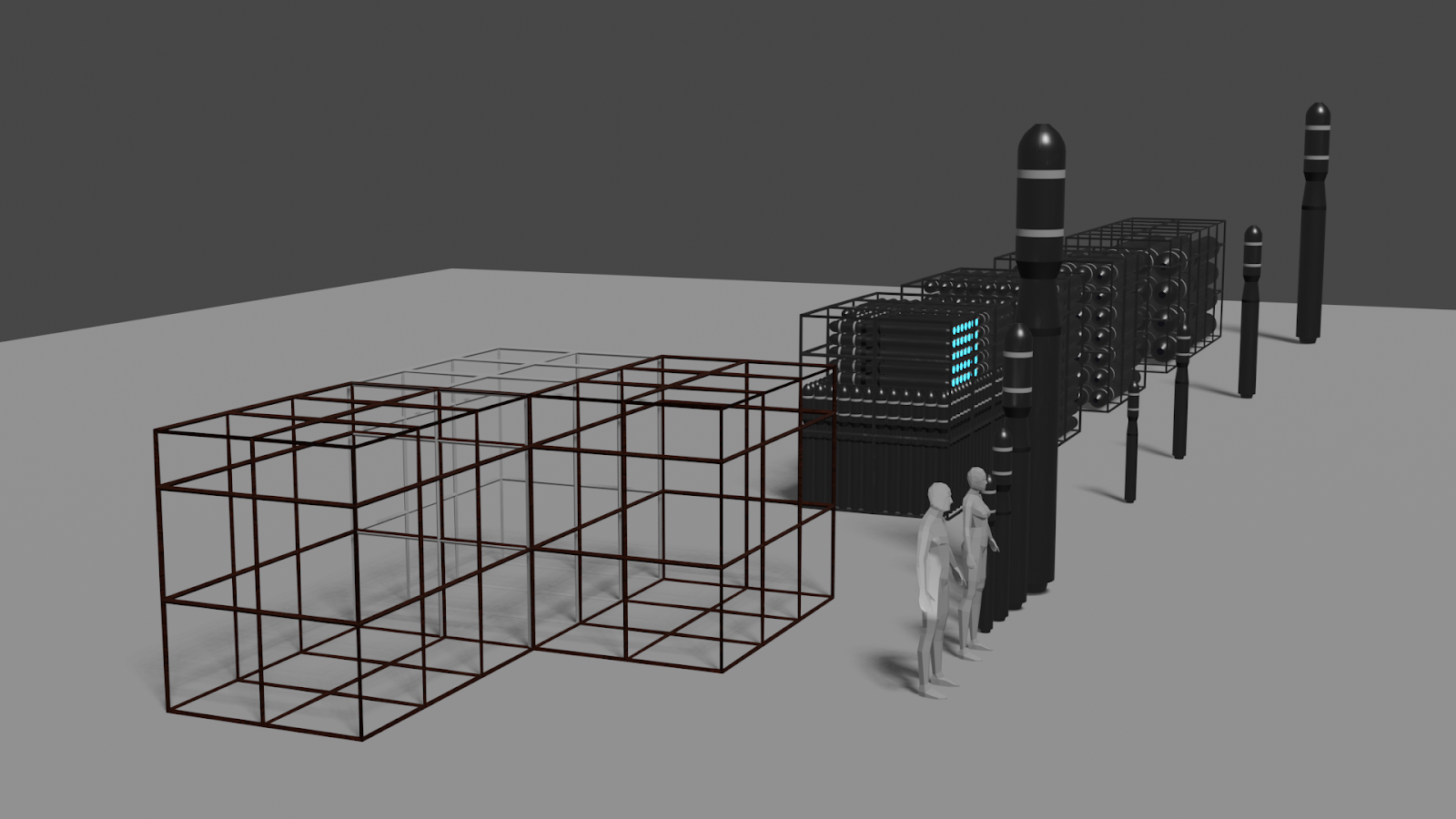 Is this procrastinating? Maybe, I don't really know.
The: So What! Test

I was guessing about the missiles and the weapons. Now I have models to see if they fit. Blender tells me the volume and I can just get the dtons. Even if I give allowances for access.

I wanted to stat the missiles. Just HMG 12mm, Rotary 20mm, small medium and large missiles are enough for the scenario.  I didn't know where to start.

Now I have a lot of questions that I need to answer. Like missile Rate of Fire. if they all have the same delta V whats the advantage of getting bigger missiles? 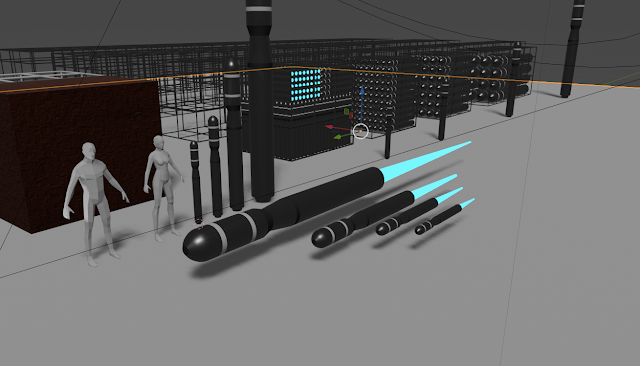 Now I'm able to think of an Expanse-like Encounter, one with Pirates have a 50/50 chance getting a Merchant Trader.
Posted by justinaquino at 12:29 AM