While I edit the 2-Parsecs from Sol, nicco is working on the Blender Ship Builder Template File

We have made an Adventure Template. A standardized way to present System Information based on Lessons learned from other systems and the insight from seth skorkowskies videos of typical problems in creating adventures.

Ongoing is the Ship Builder and the Space Encounters and Combat. I was doing this while Nicco was finishing 2-parsec's initial draft. Now that he was done with the first draft, I'm now editing it and its going to take 2-3 weeks of 5-8 hours per week - after work and after my duties. A long way before I can do this as full-time thing and the latest news about the OGL 1.1 has many people doing this as full time - and I hope to do that as well.

Goals are that we produce the ships quickly. ideally an hour with a Map and its Stats ready.
of course, it takes 1-2 hours to assemble a scene for rendering in EEVEE (meaning the parts are all made already).
MNEME will make sure GMs can create scene set pieces in blender quickly. If we grow I have an idea of using either Frappe.io or GODOT to automate this further. 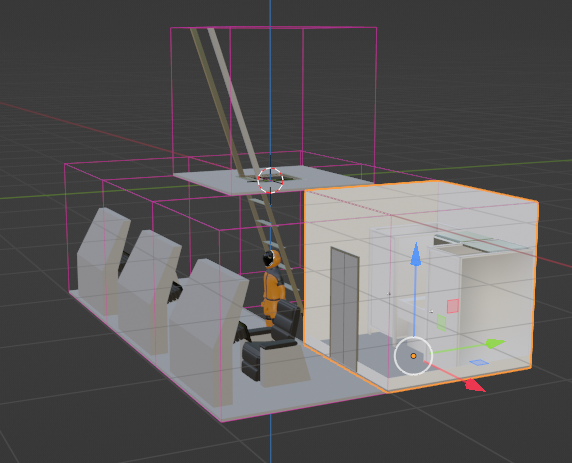 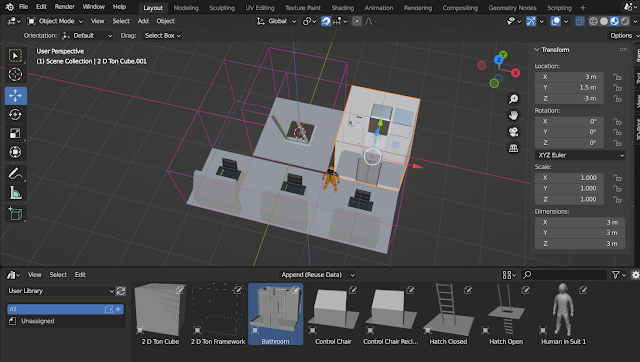 https://www.youtube.com/watch?v=9iV9wnvpQ1U&t=58s
Flipped Normals are a Feature and not a BUG if you are modeling Internal parts. 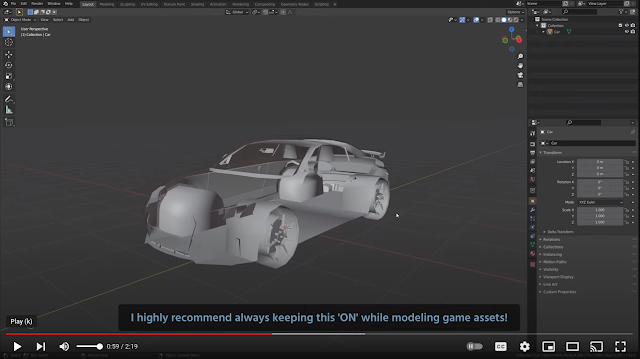 Posted by justinaquino at 8:48 PM