Brighter stars and Chthonian Worlds - reshaping our Image of space

Generating a Circumstellar Disk in the Brightest and Largest stars - would probably have orders of magnitude equal to Jupiters and F to M stars. The total mass of the "Asteroid Belt" aka Disks would be huge in such a smaller circumference would be great for mining (made of billions of years of captured material and remnants of destroyed star systems).

Metalic Gas Giants and Bigger Stars render STARS less inhabitable as the larger stars exert greater forces - Solar heat and forces pushing outwards and gravitational pull and Metalic Gas Giants Consuming all the inner planets and systems as it near the star - All in a time scale of Human Civilizations.

You can create a Human Habitat in these places:

The Higher powered star for the Circumstellar disks that is Rich in Asteroid Mining and its intense solar radiation - is being used to create Solar Furnaces (Concentrating the energy of that star for Industry and its unique EM and radiation properties).

Ships built in an A-class star.

You would inhabit a dangerous Metallic Gas Giant and its SIster Worlds of Chthonian Giants - for the Rare alloys and Jovian Forges. https://en.wikipedia.org/wiki/Chthonian_planet 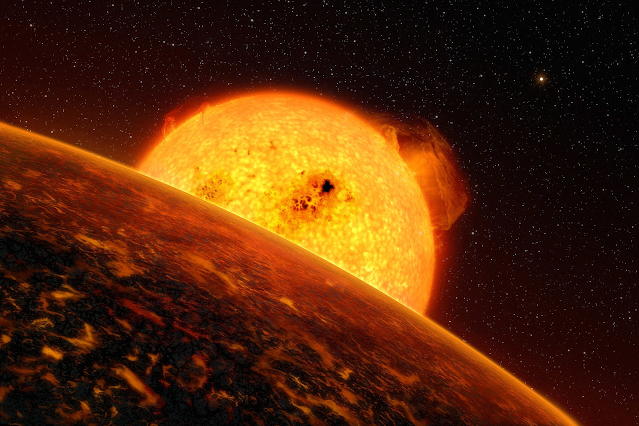 Chthonian worlds are special as the intense gravities materials are subjected to are so rare and alter the properties of the materials.

If Space elevators by Bradly Edwards is used as world-building material and Space elevators are manufactured infra - then use it for Jupiter as a Forge and of course, Mining ice and gas worlds extracting metallic hydrogen.

Jovian forges use the forces on the Space Elevator to bring down material and pull the material back out.

Bradley Edwards talks about manufacturing Space elevators (its a free book where he goes over the logistics of it and there is a Space Elevator Consortium) to terraform the solar system - I imagine "Jumping" sections of Space Elevators to various stars to set up their Gas World Infrastructure.

these are from a discussion with our Planetary Physicist Consultant Pecier Decierdo comments on Mneme World Generator (he is helping with gamifying Hohhman transfers and a more realistic and simpler world generation).

So as we learn more you will notice a divergence of how we believe the future will be like - particularly the economics of it. The Idea that 1 Credit is equal to 1,000usd of the 20C is absurd that a Crewman earning 12M USD per month on a ship sound absurd unless you are from the developing world and know people who have the same job earn 10x more than you in a developed country because of the Infra and Development.

As a Filipino I know I probably make more than some Indian and African IT professionals of the same job as much as I know I'm making less than my developed world equivalent. (I consider how much more skilled many of them are than me).

I realize some Key Understandings of Economics, the Parent of Game Theory, and a KEY skill in creating context in world-building - is important to understand why the world has such absurd and strange forces at play - the way Gravity shapes time and qualities of materials we thought we understood.

But that Infra - that to Live in Space means Tons of material and infrastructure per human per year of living. That human is WORKING and thus will handle megal tons of material. A community living in a Spin Habitat - will process Trillions of 20C USD materials.

And RETIRING in a world with earth-like conditions - Your home can be worth Hundreds of Thousands of USD, it doesn't mean someone is willing to buy it at that price.  A crewman can accumulate Billions of 20C USD of credits - it doesn't mean someone is available to buy it. What can surface dwellers trade for ship shares worth 20M Credits? In Mneme the ships are Open Sourced, even if such tech would arrive today it doesn't mean Industries and States would organize to build such.
In traveller it feels Like I'm in this world, written in the 80s, its great and thought-provoking. Although I want to not just test out new worlds but Apply the changes and science we are discovering - what it means in a Setting.

The infrastructure of space is not imagine our Current GDP (GDP of the world in 2022) of 101 Trillion USD with SPACE infra. the infrastructure of Space in 2100+ is imagining a GDP of Quadrillions as billions of people rise from a Developing world status and get the infra a tiny percept of the world gets and thus Talent in the Billions are participating in shaping the world. Engineers from the Developing world taking Humanity in directions we cannot yet imagine.

Can you imagine the Cost of Living of a class with a lot of social mobility, with more than their basic needs, are met - that they do not suffer a cycle of poverty. a world of 8-10B and the rising compute and cost of living and quality of life - the SIZES of the economies. 10x the 101 Trillion economy of 2022.

Technology that does insane scale of productivity.
That our Player Characters are one of the hundreds of Billions of entrepreneurs developing New economies in far-off stars as Novel new resources and materials and science is formulated.
Posted by justinaquino at 3:21 PM