Thanks to +Justin Sandock +Dave Morris and +Tom Tyson for making the GURPS Traveller Lite.

We had a blast of a time and everyone did very well (people were rolling A LOT of 6s and 7s). I threw the game together a bit of a short notice after learning +Mark Knights was going to make his Classic Traveller Game every other week. I've scheduled this game and made the game "open" invitation. Now that we have the ball rolling and I have about till June 5 (GMT+8) to prepare, I think I can prepare a much better adventure. 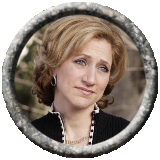 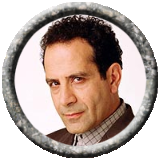 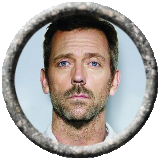 
The Power of Pictures
I use a lot of actor portraits and well as portraits of wanted fugitives for my character portraits. It would be weird using regular people's portraits without their permission, and there is a finite limit of actors to draw from, so drawing from criminal databases is pretty quirky and unusual. It also serves the dual purpose of alerting people.  .

To Prepare for the Game I had to search for a lot of pictures for actors and criminals, then convert them into tokens, then upload them, and then create a character sheet for them. Making about 30 for the Modern Game and got around to making 20 for the Traveller game. That was pretty harsh and ate up a bunch of time. Thats why I was asking around if there was a way to move characters from one adventure to another since you can make copies and tags, a GM can build up a database of Faces that will allow him to easily prep for an adventure.

I used the pictures to tell a story and it was powerfully easy. back in the day I had to print this all out, but NOW i just have to upload the pictures.

Wishes Granted
I'm sure I'm not the only one whose been hankering for a GURPS traveller game for years. Its a very attractive medium to play but its so niche its heart breaking how few such games can be found and open.

Now that I have a chance to GM gurps traveller, I'm overwhelmed, confused, and a bit dazed. It took a while to sink in what running GURPS traveller means to me. I was always wishing to play again for the longest time, so many nostalgic blog posts about Traveller and now I finally have a chance to game. It can be so overwhelming, if you can see all the material I've made for IMTU (in my traveller universe) you will notice it is my biggest Drop Box RPG folder LOL!

What I would do is research in Alibaba regarding present day equipment that has matured over the hundreds or thousands of years and marvel what would stay the same. Then I would make Doctrines for Army Marines, and Ship combat. also made standard Gear set for characters. etc. etc... traveller can trigger some strong compulsions.

Action Focus, Combat Lite
Combat will be abstract for a while, I won't focus on combat seconds and instead craft a "turns" based on something "exciting" to be done. Each turn a character can do something worth-while and important. A turn is like a "camera angle" in a "movie" or "tv" scene and the bottom line is that it has to drive the story forward. Its basically a "yes-and & yes-but" rule.
I will extend the action into combat, and focus on GURPS abstract and light combat. It wont be second for second.

Play by Post
I will have to make a Community and have the PBP as one of the "topics", for those who want to scratch the itch just post something in the GURPS Traveller Community